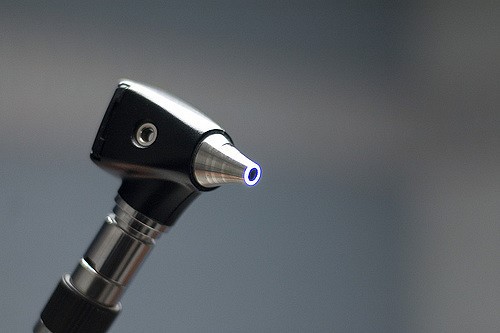 Ear infections are very common among young children and can be easily treated. By the age of three, a majority of children would have already experienced at least one ear infection. The problem emerges when ear infections go untreated. It can possibly cause serious medical issues. Researchers from Umea University in Sweden and the University of Pretoria in South Africa wanted to make diagnosis easy and affordable for people in developing countries. They created a software-based smartphone system along with a digital otoscope that can diagnose ear infections.

Claude Laurent, a researcher at the Department of Clinical Sciences at Umea University, says “Because of lack of health personnel in many developing countries, ear infections are often misdiagnosed or not diagnosed at all. This may lead to hearing impairments, and even to life-threatening complications.”

A digital otoscope is connected to a smartphone and takes photos of the eardrum. Then it is displayed on the smartphone. Since the software is cloud-based, the image is uploaded to the cloud. It is then analyzed and compared to archived images. The system automatically places it into one of the five diagnostic groups.

The system is completely portable allowing it to be used directly in the homes in villages and small towns.

Laurent says “Using this method, health personnel can diagnose middle ear infections with the same accuracy as general practitioners and pediatricians.” This is extremely important, as there tends to be a shortage of ear specialist in developing areas.

Traditionally, a pneumatic otoscope is used by doctors to view how much fluid is behind the patient’s eardrum. Although this method has been used for a long time, it is not always accurate. Often ear infections are misdiagnosed which may cause harm to the patient.

However, the software could possibly fix the problem of misdiagnosis. The digital otoscope has an 80.6 percent accuracy rate, while traditional otoscopes have an accuracy between 64 to 80 percent.

“This method has great potential to ensure accurate diagnoses of ear infections in countries where such opportunities are not available at present. Since the method is both easy and cheap to use, it enables rapid and reliable diagnoses of a very common childhood illness,” Laurent says.

Once widely available, this software-based smartphone system, with the use of cloud technology and a digital otoscope, will provide relief for children in various parts of the world.

Power Africa Initiative Has Potential to Generate More ProgressEducation in Cambodia: A Promising Future on the Horizon
Scroll to top