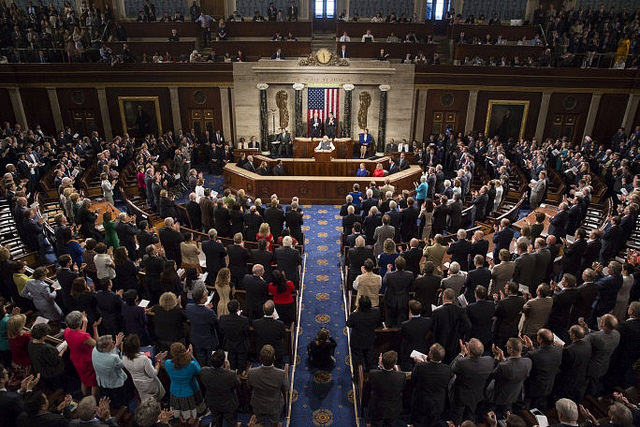 To become a senator of the U.S., the potential candidate must be elected by the people of the state. Like any election, the candidate with the most votes wins. Each senator has an office in Washington, D.C., as well as one in the home state.

Senators are members of the legislative branch – their job is to represent the people living in their state. For example, to support a bill which aims to reduce poverty, individuals can contact their state senator. These bills are voted on and passed by the U.S. Senate and the House of Representatives, which are then signed by the president to become law. Each state within the U.S. has two senators representing it, regardless of the size or population of the state.

In accordance with the Constitution, “all legislative Powers herein granted shall be vested in a Congress of the United States, which shall consist of a Senate and House of Representatives.” The Constitution grants the Senate its own unique power: ratifying treaties, approving presidential appointments and a two-thirds vote of Senate is required before a person is impeached from office.

The differences between congressmen and senators also relates to their level of authority. Congress has an important role in national defense, including the power to declare war, raise and maintain armed forces and create rules for the military.

The Senate and the House of Representatives must approve and ratify legislation before it is executed.

Success for Women’s Empowerment in Macedonia The K.I.N.D. Fund Changes the Lives of Students in Malawi
Scroll to top