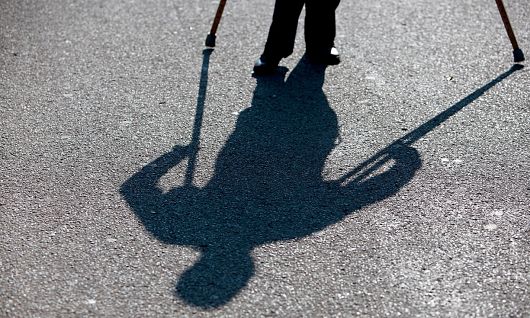 A new report released last week by Human Rights Watch (HRW) has detailed how an estimated 500,000 children with physical and mental disabilities are not enrolled within South Africa’s primary education system.

The monitoring group underscores within their report the growing trend worldwide of children with disabilities failing to become enrolled in primary education programs, specifically in developing countries and regions grappling with conflict.

The report was compiled based on individual interviews with 70 parents across South Africa; researchers traveled throughout KwaZulu-Natal, Limpopo, Gauteng and the Northern and Western Capes in late 2014.

In reference to South Africa, the report asserts, “Although the government claims it has achieved the MDG of enrolling all children in primary schools by 2015, HRW found that in reality, across South Africa many children with disabilities are not in school.”

The report also details the failure of many primary schools to accommodate disabled students and provide adequate educational services, as well as inherent discrimination against certain students through the application of additional fees.

Hannah Kuper, the co-director of the International Centre for Evidence in Disability at the London School of Hygiene and Tropical Medicine, argued in a recent interview, “Many, if not most, of disabled children are not enrolled in schools in developing countries. We need to raise awareness that disabled children have the right to attend school, and that including them often involves only small changes in the school or teaching methods, or even just in attitudes.”

She offered potential solutions for this problem in detail — “The first thing that we need is more data in order to know how to enroll children with disabilities in school. We need to know which children are most excluded and why, in order to see how to overcome these barriers. And we need to know what works best to address the needs of disabled children when they are in school, so that they can have the best education possible.”

The Malawian Ministry of Education announced that they had successfully mainstreamed over 90,000 disabled children into their primary school systems as part of their Inclusive Education Program. The program has also offered funding for structural modifications to schools, including the installation of ramps and handicap restrooms compatible with disabled students.

The author of the HRW report, Elin Martínez, questioned the complacency of the South African government in discriminating against education opportunities for disabled children. “The South African government needs to admit that it is not providing quality education to all of its children – in fact, no schooling at all to many who have disabilities.”

Qinisela, a South African mother of an eight-year-old with Down’s Syndrome, told HRW researchers, “We tried to put him in a [mainstream] school but they said they couldn’t put him in that school because he has disabilities […] because of Down’s Syndrome he isn’t like other children so they [said they] can’t teach him. At the therapy, they promised to phone if there’s a space in a special school. I’ve been waiting since last year.”

The Sustainable Development Goals (SDGs), which were designed by the United Nations to replace the near completed Millennium Development Goals (MDGs), will be put into place next year and include several regulations intended to improve the lives of disabled children, specifically within primary education and employment.

South Africa has attempted to remain active in the push disability advocacy, as they adopted policies to prohibit the exclusion of disabled children from primary education in 2001 and were one of the first countries to ratify the United Nations Disability Rights Convention in 2007. Despite these significant policy advancements, many officials have expressed concerns about disabled children’s access to primary education not just in South Africa, but across the developing world.

Jo Bourne, the Chief of Education for UNICEF, warned in a press statement, “Despite recent progress, there are still some 59 million primary-age children and 65 million adolescents out of school—often children living in poverty, girls, children with disabilities, children from ethnic minorities, children living in conflict or those engaged in child labour. These children and young people are among the most disadvantaged citizens from across the developing world and are not only excluded from the opportunity of education and learning for their own individual development, they are missing out on the opportunity to contribute to their communities and economies when they reach adulthood.”