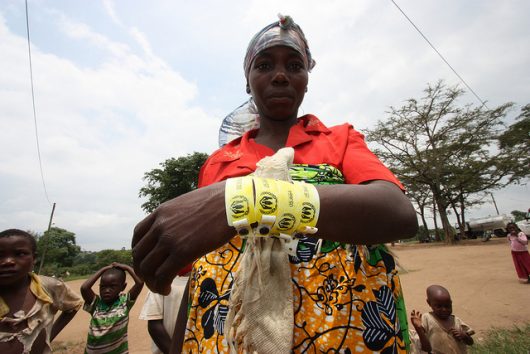 With the Olympics officially underway, 10 competing athletes have taken to the stage and used the international spotlight to shed light on a growing worldwide concern; the refugee crisis. These 10 athletes hail from war-torn the countries Syrian, South Sudan, Ethiopia and the Democratic Republic of the Congo, and they are refugees. They make up the Refugee Olympic Team, the first of its kind. Combined, they represent over 19 million refugees and displaced people from around the world.

Despite the odds against them, these athletes have reached the peak of athletic performance and arrived in Rio this summer to showcase their abilities. Two athletes in particular, Popole Misenga and Yolande Bukasa Mabika, share a common past. At the 2013 World Judo Championships in Rio, the pair defected from the Congolese team to seek asylum in Brazil. The civil war in the Democratic Republic of the Congo tore apart their families, and the peace accord signed in 2002 with Uganda did little to alleviate the rampant violence.

Although they have managed to turn their lives into symbols of hope, Misenga and Mabika’s backstory is not one uncommon to refugees back home. Here are 10 facts about the Democratic Republic of the Congo refugees you should know:

1. According to the U.N. Refugee Agency, there were 2.7 million people of concern in the Democratic Republic of the Congo in 2015. Of that total, 384,000 are refugees, more than 1.5 million are internally displaced persons (IDPs) and 736,000 are returned IDPs.

2. The International Catholic Migration Commission reported in 2012 that the population of the Democratic Republic of the Congo refugees was the sixth-largest in the world. Of that statistic, more than 75 percent are situated in neighboring countries in the Great Lakes Region and Southern Africa.

4. The country itself hosts around 233,000 refugees from the surrounding countries of Central Africa Republic, Burundi and Rwanda. Refugees are allowed to generate self-supporting income and have access to land, health and education services and sanitation facilities.

5. Refugees fleeing the Democratic Republic of the Congo have limited rights in their host countries. Restrictions can affect any number of the following: refugees’ legal right to work, access to education, freedom of movement and access to citizenship.

7. One area of specific concern is the magnitude and brutality of sexual and gender-based violence as a weapon of war. The Democratic Republic of the Congo has been described as “the rape capital of the world,” but the lack of legal repercussions makes for little change. Though the true total is obscured by the stigma of reporting, 350 rapes are recorded each week on average.

However, not all hope is lost. Many relief organizations have recognized the urgency of the refugee crisis and continue to provide immediate support on the ground. These following facts about Democratic of the Congo refugees show how refugees are aided:

8. One of the U.N. Refugee Agency’s campaigns is raising funds that will go toward holding prevention programs for sexual violence and providing ongoing medical care and counseling for victims. With these services, victims can begin to rebuild their lives and communities.

9. The Democratic Republic of the Congo has the world’s 19th lowest life expectancy at 56.93 years. The health system continues to be underdeveloped, understaffed and underfunded, unable to fight preventable diseases alone. Thankfully, the International Rescue Committee (IRC) has been working in the region since 1996 to ensure people have access to primary and reproductive healthcare. In just 2015 alone, the IRC managed to provide high-quality medical assistance to 6.6 million people, refugees and citizens alike.

10. Before their fifth birthday, 118 out of every 1000 children will die in the Democratic Republic of the Congo. The high infant mortality rate and lack of basic education leave thousands of children vulnerable to exploitation, violence and disease. The Save the Children campaign is raising funds to provide children with basic nutritional support, education and physical protection.

Thanks to organizations like these, conditions continue to improve dramatically from day to day. However, these same conditions are still far from ideal and there is always more work to be done. The first step to making a difference is to learn more. Let these 10 facts about Democratic of the Congo refugees be your springboard for global awareness.