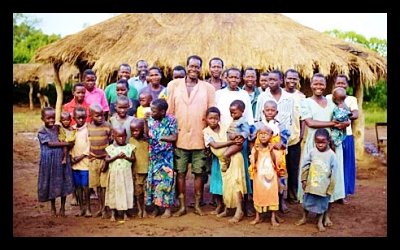 s The Human Development Index (HDI) is a composite measure of health, education, and income which was introduced by the United Nations Development Programme in 1990 as an alternative to purely economic assessments of national progress, such as Gross Domestic Product growth. In the field of international development, the HDI soon became the most widely accepted and cited measure of its kind.

Many developing countries in the 1980s faced strict structural adjustment conditions imposed by financial institutions like the World Bank and the International Monetary Fund.  To avoid a financial crisis and get the loans they needed, these countries had to undergo massive economic restructuring that involved currency devaluation, government spending cuts, business deregulation, and reducing taxes for the wealthy. Not surprisingly, the social impact was harsh for the average citizen and the human condition worsened. Do you remember the images of people burning money to keep warm? It was in light of this situation that the United Nations advocated for a human development approach, as opposed to a business development approach.

1990 was the beginning of a campaign by the UNDP for a people-focused strategy towards development, and hence the birth of the Human Development Index. The HDI emphasized that people and their capabilities should be the ultimate criteria for assessing the development of a country, not economic growth alone. The HDI was designed to reflect average achievements in three basic aspects of human development – leading a long and healthy life, being knowledgeable and enjoying a decent standard of living.

The main components used to calculate a country’s HDI are Life Expectancy at Birth, Gross National Income per Capita, Mean Years of Schooling and Expected Years of Schooling. From these, a number between 0 and 1 is produced – with 1 being the best possible HDI and 0 being the worst possible HDI. As of 2012, Norway ranked number 1 out of 187 countries with an HDI of 0.955.  Niger and the Democratic Republic of the Congo tied for last place with an HDI of 0.304.

The HDI can be revealing in other ways as well. For example, how is it that two countries with the same level of GNI per capita can end up with such different human development outcomes? The Bahamas’ GNI per capita is higher than New Zealand’s (by 17%) but because life expectancy at birth is about 5 years shorter, mean years of schooling is 4 years shorter and expected years of schooling differ greatly between the two countries; New Zealand has a much higher HDI value than the Bahamas.

Although the Human Development Index is a more holistic measure of human development in a country when compared to GDP per capita, the HDI is still not all-inclusive. The HDI, for example, does not reflect political participation or gender inequalities. The Inequality-adjusted HDI, Gender Inequality Index and Multidimensional Poverty Index offer other insights into a country’s development status.

According to the 2012 HDI, the top ten countries with the best human development are:

Out of the 187 countries counted in the 2012 HDI, the bottom ten countries with the least human development are:

186.  Democratic Republic of the Congo (tied for last place)

300,000 Students Mobilize Against HungerBoko Haram: Poverty and Terrorism in Nigeria
Scroll to top