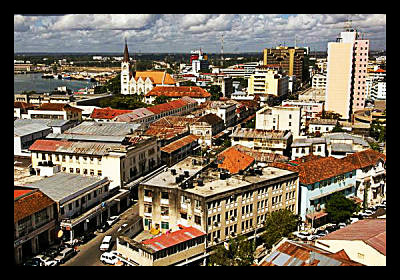 With a name that quite literally translates into “house of peace,” one might expect Dar es Salaam, the capital of Tanzania, to be fraught with peace and prosperity. However, contrary to its namesake, this locale still grapples with impoverishment, with a Gross National Income (GNI) per capita of less than $530 USD.

Despite this low per capita GNI, Dar es Salaam remains one of the world’s fastest growing cities as an influx of rural farmers from outlaying Tanzanian villages migrate in hopes of success in the city.  Not only is Dar es Salaam one of the world’s fastest growing future municipalities, it is also the largest city in Tanzania, hosting over 4 million residents. A key characteristic of the city is a proliferation of urban sprawl placed in jeopardy by severely inadequate infrastructure.

In an interview with BBC news, Rolens Elias, one of the many immigrants in Dar es Salaam, attests that “It has been hard to set up a life here. I came here by myself and had to wait until I had enough money to bring my wife and family. We all live in one room, but it’s a better life than in the village.” According to Start.org, approximately 50% of the city’s most deprived inhabitants survive on a daily income of $1 USD- an income that falls short of the cost of utilities and adequate healthcare.

It is not as if this widespread impoverishment has gone unnoticed. Many programs have attempted to tackle poverty in Dar es Salaam, however, none of these initiatives have proved fruitful, undermined by insufficient leadership, planning, regulation, and resource constraints.

However, regardless of the humble living conditions in Dar es Salaam, the city still proves more opportune and accommodating than the more rural regions of Tanzania- a country that has consistently ranked among the top ten poorest countries in the world. Indeed, approximately 80% of the country’s impoverished live in rural households with the wealthier members of the populace living within less-destitute urban milieus, such as Dar es Salaam.

By 2015, Tanzania is projected to accomplish three of the seven critical Millennium Development Goals, falling short in the areas of education, maternal health, poverty eradication, malnutrition, and environmental sustainability.Thus, despite present poverty, Dar es Salaam, and moreover, Tanzania, can progress towards a more stable economy, guided by proper leadership and global support.