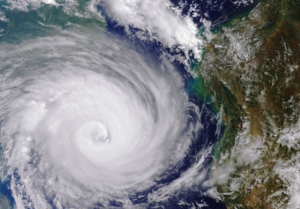 With winds equivalent to a category 3 hurricane and storm surges surpassing 20 feet, Cyclone Idai made landfall near Beira, Mozambique in the early hours of March 15, 2019. One of the most powerful storms to ever hit Southern Africa, Idai left a trail of destruction and displacement, turning life upside down for residents along the coast. Now, months later, communities throughout the region continue to cope with the aftermath.

What is now 2019’s deadliest weather event, the latest figures put Idai’s death toll at 847. The storm left millions of people affected, thousands displaced, entire communities in shambles and thousands of hectares of crops destroyed. As authorities continue to unpack the extent of the damage, the need for increased public health initiatives is evident. With the floods triggering widespread water contamination across the region, cholera and malaria outbreaks are becoming shockingly prevalent.

Perhaps Cyclone Idai afflicted Mozambique the most, where Reuters News reported that it killed nearly 600 people and destroyed more than 110,000 homes. In Beira, home to roughly 500,000 people, sweeping power outages and water contamination has made the city a hotbed for disease outbreaks. “The supply chain has been broken, creating food, clean water, and healthcare shortages,” says Gert Verdonck, the Emergency Coordinator for Doctor’s Without Borders (MSF) in Beira. “The scale of extreme damage will likely lead to a dramatic increase of waterborne diseases.”

Following the storm, MSF quickly scaled up operations in Beira and other cyclone-stricken areas of Mozambique. With roughly 146,000 internally displaced persons seeking refuge in 155 camps across the country, MSF has launched an enormous relief effort. Dispatching emergency response teams to communities in need, MSF is working to implement vaccination programs and distribute food, water and medical supplies throughout Mozambique. Yet the scope of the damage is proving to be a difficult challenge for authorities and relief organizations. Treating over 200 cholera cases daily, MSF is calling on the international community to step up.

Also integral to relief efforts, the World Health Organization (WHO) is spearheading a massive vaccination program aimed at fighting the recent outbreaks. Through partnerships with humanitarian aid organizations Gavi and UNICEF, the WHO facilitated a shipment of almost 1 million cholera vaccines that arrived in Beira on April 2, 2019. A day later, a plane carrying 6.7 tonnes of medical supplies – essentials like medicine, stretchers, clean bandages and disposable gloves – landed in the coastal city. Opening an additional 500 beds and seven cholera treatment centers across cyclone-stricken Mozambique, the WHO is hoping to stifle water-borne illnesses in the region.

Despite valiant efforts from the WHO, MSF and other aid groups, the need for more funds and resources is evident. On April 1, the WHO requested an additional US$13 million to address communities affected by Cyclone Idai. With local authorities in Mozambique overwhelmed and underequipped to handle the fallout from Idai, the WHO is seeking to lead the charge, establishing response coordination at the national and provincial levels. Annual health care and aid expenditures in Mozambique are almost five percent below the global average, making foreign aid and nongovernmental relief organizations a vital piece of the recovery process.

While some experts initially criticized the sluggish international response to Cyclone Idai, the global community has since placed considerable emphasis on relief efforts. Countries like Turkey, Botswana, Brazil and many more have supported Mozambique, allocating emergency funds and sending military assets to facilitate food, water and medicine distribution. Although combatting the cholera outbreaks and rebuilding communities that the storm devastated will be a stout challenge, the international response is promising. The response to Cyclone Idai indicates an international community both capable and willing to respond to natural disasters that impact the developing world.