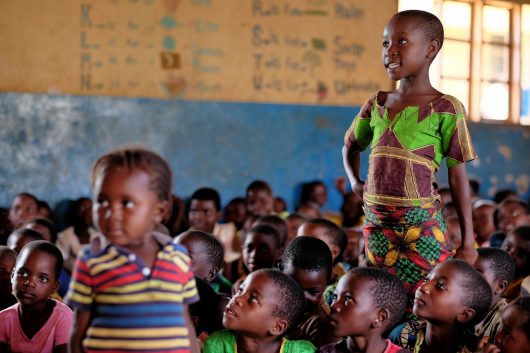 CyberSmart Africa, founded by Jim Teicher in 2007, is a social enterprise that provides educational technology specifically designed to meet the needs of schools in developing nations. In 2016, 12,500 students will have access to this technology.

In 2006 Jim Teicher visited Senegal, a country on Africa’s West Coast, and was concerned by the unequal distribution of technology across communities. There was a discrepancy between accessibility of technology in cities and youth in schools.

This observation led to the creation of CyberSmart Africa in 2007. The technology works exclusively in classrooms that have poor physical infrastructure, including those with little or no electricity. In addition to addressing the U.N. Sustainable Development goals, this digital learning platform reaches 250 students in Africa per day. It operates on less than $1.00/student/month.

Most schools in developing nations lack electricity. In Sub-Saharan Africa, three out of four primary schools do not have electricity. According to the World Bank, educational technology is expensive and it is difficult to train teachers in highly technical equipment.

The CyberSmart device uses solar technology, an energy-efficient projector, an interactive whiteboard, speakers, cooling fans and a dust filtration system. Teachers can easily adapt to the simplified technology with the help of directions received through SMS mobile text as well as through video tutorials.

Michael Trucano, a World Bank Senior Education and Technology Specialist, wrote a blog post commenting on CyberSmart Africa’s initiatives. Noting that there are not enough computers for the amount of students in schools, Trucano commends this technology as it allows for an entire classroom to access information at one time, increasing student engagement.

Senegalese schools have had great successes with this technology. CyberSmart Africa has allowed for students to create videos, with the support of parents and the community and post them on the Internet. These videos are meant to bring traditional storytelling of everyday Senegalese life into a digital realm.

Some of CyberSmart Africa’s partners include USAID, Senegalese Ministry of Education, Earth Institute at Columbia University and the United Nations Development Programme.