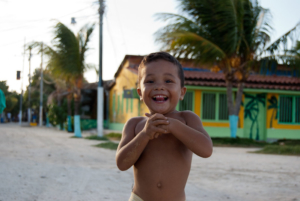 Inflation is one of the most significant problems in the world right now, as the global inflation rate rises to 6.7% in 2022, almost double the average of the last decade. This is a consequence of the Russian-Ukrainian war and the effects of the ongoing COVID-19 pandemic. Venezuela, which is one of the most in-need countries in South America has finally come out of one of the longest bouts of hyperinflation in the world after 12 consecutive months of the inflation rate rising below 50%, however, three in four people in the country still lived below the poverty line in 2021. The United States and other major players can still do a lot to help the country and curbing inflation in Venezuela is one of the many solutions necessary to improve poverty and economic stability in the country.

In 2016, Venezuela entered a streak of hyperinflation which is when the rate of inflation increases by more than 50% for 12 consecutive months. In 2022, Venezuela has been able to pull itself out of this downward slide pretty simply. The country ramped up printing money in 2016, which became a real issue at the end of 2017 and caused the recent inflation. This has even been a problem in the United States because innately the more currency circulating, the less each piece of currency will be worth. That, along with deficit spending created one of the worst inflation crises in the world.

The solution to this problem appeared to be just as simple as the cause because as soon as the central government of Venezuela decided to stop printing so much money, the inflation rate eased. Although inflation has been on the decline, poverty has still been on the uptick rising to 76% in 2020. Even though these two statistics would seem to be contradictory there are reasons why simply curbing the inflation in Venezuela is not the end all be all.

Curbing inflation in Venezuela is only the first step in a long line in order to help the situation in the country. In June 2022, the U.S. announced more than $314 million in aid to help stabilize Venezuela and the rest of that South American region.

These funds will go to multiple countries and aim to improve education and provide COVID-19 relief along with aid for other basic human needs. These funds will also go toward an effort to help potential migrants leaving the country, fleeing in an attempt to find better financial stability. They will also improve access to health care, which has been a challenge for people to access in Venezuela. As many as 5.4 million people have left the country in 2022 because of the unstable economy.

These funds ensure these people can have safe and productive new lives after leaving the country. Venezuelans will receive access to life-saving humanitarian programs like emergency shelters and obtain health care which has been difficult to access because of Venezuela’s own health care system. The International Rescue Committee (IRC) provided health care to more than 100,000 Venezuelans between 2020 and 2022, and since 2017, the U.S. has donated nearly $2 billion in total to Venezuela and the surrounding region. The humanitarian aid provided to the country has already done a lot to improve the lives of those living there and those attempting to leave. Curbing inflation in Venezuela is a step in the right direction.

The inflation crisis is severely affecting the entire world including Venezuela. People are having to leave the countries they call home in search of refuge and the possibility of a better life. A person’s displacement is a life-altering event that can change how they live forever. As more and more countries join in the fight to help Venezuela, hope exists that it will have a bright future.