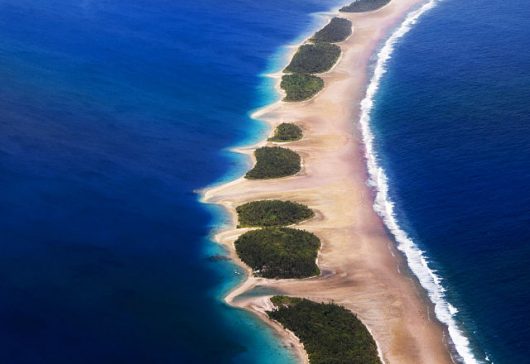 Credit access in the Marshall Islands, while small when compared to more developed countries, is an important aspect when considering the looming threat of climate change and the impacts it may have on business development and activity. According to many reports regarding the financial aspects of the Marshall Islands, related relief related to natural disasters is a large component of the credit conversation in the country.

One of the main issues with credit access in the Marshall Islands, whether relating to natural disasters or not, is the limited amount of individuals who are able to oversee and initiate credit activity. As the Pacific Catastrophe Risk Assessment and Financing Initiative reports, “authority lies with a few key individuals who are also responsible for many other portfolios of work.” Already constrained by their regular duties, these authority figures are further stretched when natural disasters take place and require immediate attention. The impact of climate change is growing in this area of the world with rising sea levels, acidification of crops and infrastructural damage, and credit access in the Marshall Islands seems to be entering a time of greater complexity, with few people able to navigate the system.

The Marshall Islands are currently receiving significant levels of aid from the United States. Since 1986, the U.S. has committed roughly $46 million per year to the Marshall Islands, focusing on boosting economic standing within the country. While international aid is a positive aspect as a whole, the fact that a significant portion of the economy and its associated activity rely on outside help is a point of concern, especially because the U.S.-Marshall Island aid agreement is ending in 2023. Foreign aid fluctuations or, in the extreme case, suspension of all aid, could result in disaster for the Marshall Islands and their people.

The Marshallese face not only the prospect of being unable to create and establish new business ventures with a lack of adequate credit, but the possibility that credit already in place could be severely undercut. Credit access in the Marshall Islands is already limited, and international aid is essentially the only aspect keeping the nation afloat.

Microcredit activity is another financial aspect being considered in the Marshall Islands; however, complexities with this activity are also concerning. As the Enterprise Research Institute (ERI) explains, microcredit activity requires “substantial expertise” and diligent follow up, which often prove costly. The ERI finds another issue with microcredit initiatives in the fact that, “usury laws impose a ceiling on lending charges at an effective nominal interest rate of 24 percent per year. This amount is below the minimum sustainable level of successful microcredit institutions in other countries.”

When taking a closer look at individual access to credit, the situation is not much better. While legal rights are widely acknowledged throughout the country, the depth of credit information is severely lacking; the Marshall Islands scored a 0 out of 8 in the category for depth in credit information index. Not only is credit access misunderstood throughout the country, but basic information regarding this area of concern is either limited or held from view. Additionally, the Marshall Islands placed 90 out of 190 countries in the category of “getting credit.” While not at the bottom of the list, there is still substantial room for improvement.

While the Marshall Islands are home to a small population and an economy that predominantly relies on agricultural activity, access to credit remains an important aspect within their economy, especially when considering the looming impacts of climate change on economic activity. Not only is Marshallese credit access reliant on foreign aid from countries like the United States, but it is becoming increasingly tied to the topic of disaster relief. Credit information is limited nationwide, microcredit activity is seemingly non-applicable and authority figures who can properly handle the allotment of credit are already few and far between. As of now, credit access in the Marshall Islands resembles the physical layout of the country: underdeveloped, propped up by international aid and under the constant threat of natural disasters.