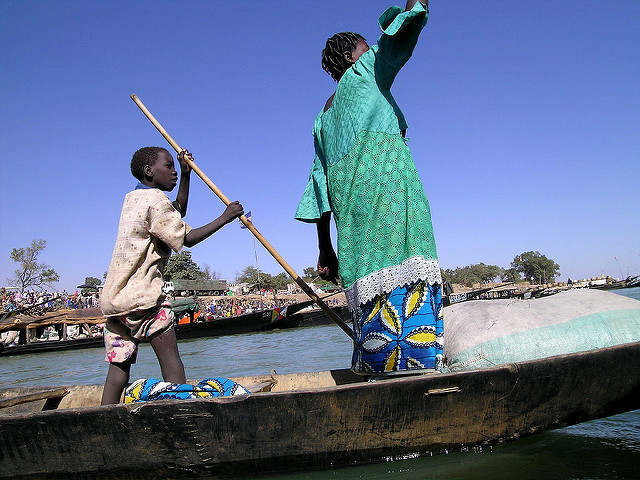 In today’s economy, credit access is a necessity. Credit access in Niger, however, has been a struggle in recent years. Individuals and businesses need it to sustain themselves and use registered credit to increase buying power. Without it, people are often exposed to predatory lenders who will abuse the power of the loans. For low-income communities, credit access can provide hope in the economy by providing citizens the opportunity to build a credit history for themselves.

Niger doesn’t offer sufficient credit access for its communities, forcing them to use personal savings to sustain businesses. This often means their only savings go back to the production of more profit to be used for maintaining their business, not to sustain their household. The cycle of earning just the minimum to sustain the small business forms and doesn’t allow for the businesses to grow. Additionally, the smaller the business, the less likely it is to apply for and receive a loan.

One of the biggest struggles for credit access in Niger is geography. The country’s population is low in density and there are large distances between communities, which hinders access to microfinance institutions. The distance and cost of transportation make it impossible for some individuals to gain credit access. Some can not even afford a viable way to get to the institution without spending a sufficient amount of their household income. The need for multiple visits doesn’t help the situation.

The correlation between distance and access to credit institutions in Niger can not go unnoticed. Of adults living in rural areas, only seven percent have access to a bank account. Less than two percent of Nigerians had taken out a loan as of 2014.

Niger’s rural areas, business types and economy also factor into its underdeveloped classification as a country. Credit access in Niger has been very timid for agriculture and other industries on the rise, such as technology and media. However, there have been recent initiatives to help the lack of credit access in Niger.

BAGRI, a public agricultural bank in Niger, and SOS Faim have been trying to implement certain experiments and programs to address the ongoing problem of credit access in Niger. SOS Faim led an experiment in 2015 where it analyzed four cases in Niamey. The experiment aimed to better understand credit management strategies of farmers, identify support requirements and come up with possible solutions. What is needed now is more research and economic evidence to start and find a real solution to a problem that has been affecting Niger’s economy on a higher level.

Disease in South Sudan: Ending Guinea WormThe State of Technology Out of India
Scroll to top