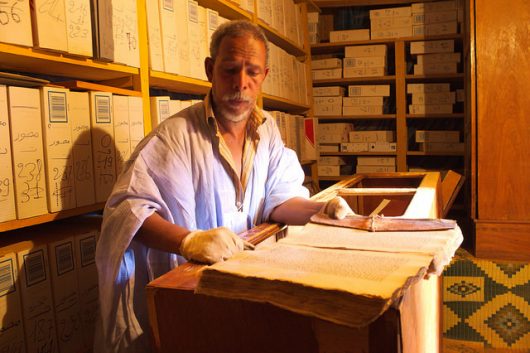 The poverty headcount fell from 44.5 percent of the country’s population in 2008 to 33 percent in 2014, yet Mauritania remains ranked 159 out of 188 countries on the United Nations Human Development Index.

Credit access in Mauritania is one of the leading impediments to economic growth. A World Bank report on Financial Access and Household Welfare in Mauritania notes that the credit market is shallow, divided and informal. There are few formal credit providers that operate in the country. Most banks, ATMs and the financial infrastructure is exclusive to the capital, Nouakchott.

Beyond these barriers to a more inclusive credit market, there are potent cultural barriers that continue to restrict credit access in Mauritania. From extensive information asymmetry between lenders and borrowers to weak legal and government institutions to gender hierarchies, these factors remain as obstacles to accessing credit. Because of these barriers, with regard to ease of credit access, Mauritania ranked 162 out of 189 countries in the 2016 Doing Business report.

The role credit serves in the growth of developing countries’ economies cannot be overstated. Increased credit access is essential for allowing farmers, businesses and consumers across Mauritania to utilize investment capital and help expand economic activity.

Research conducted in India and Pakistan demonstrates that the growth of rural financial services and infrastructure is correlated with improved household welfare and increased development of bank branches. The impact of bank branches is two-fold: non-agricultural economic output increases and rural poverty decreases.

As of 2016, the rural population of Mauritania stood at 39.55 percent, according to the World Bank. Mauritania and its rural population have much to gain as efforts to improve credit access continue. Access to credit significantly influences economic incentives at the household level, which can increase consumption and improve investment decisions and rates of wage growth. Furthermore, as households are able to get credit more readily, they become less reliant on the consumption of household production, which can lead to improved living standards, food security, a better education and an acclimation to the nonagricultural sectors of the economy.

In order to ensure credit access in Mauritania continues to expand, policymakers should pursue strategies for expanding financial services in underrepresented rural areas. Greater access to financial services and microcredit programs beyond the country’s urban centers can facilitate rural households’ access to credit.

Recent positive trends in mobile banking are already allowing rural populations to have increased access to financial services across Sub-Saharan Africa. Improved credit access in Mauritania could spark productivity growth and improve welfare among the poorest households in the country.