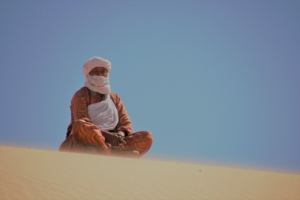 Algeria, a North African country bordering Morocco and Mali, has faced new obstacles from the rapid spread of COVID-19. With one of the highest infected rates in Africa with more than 5,000 cases confirmed, authorities have advised citizens to limit their social interactions. Under these unprecedented times, there are several efforts to combat the spread and promote the well-being of Algeria’s citizens.

As stated above, Algeria is facing hardships due to the increased death toll that COVID-19 has left behind. In response, the government has implemented a conditional lockdown where it has modified curfew in order to halt the spread of the virus. However, many have met the increased safety measures with concerns. Because an increasing number of individuals of Arabic descent dominate Algeria, conflicts have arisen in regard to Ramadan, a period of fasting.

One of Algeria’s most prominent politicians, Noureddine Boukrouh, has called for canceling fasting as it “poses a health risk and contributes to the outbreak of COVID-19.” People have met his statements with controversy, yet the country has made no formal precautions.

Algeria is beginning to impose restrictions on sanctuaries as well. For example, authorities have begun closing Mosques, leading followers of Islamic traditions to face difficulty balancing the risk of COVID-19 infections against the weight of religious traditions.

Amidst the controversies, the Algerian government is also having trouble aiding its citizens. With Algeria’s economy being heavily dependent on oil, the sudden price reductions from COVID-19 have hurt the nation. Algeria is now under a reduced budget, meaning that it cannot prioritize its citizens.

As a result, citizens of Algeria have seen food shortages as well as a lack of medical equipment. From Algeria’s budgeting issues, individuals who have the virus are also having trouble in hospitals due to inadequate conditions.

Despite the increased death toll and speculations surrounding the Algerian government, the conditional lockdown has seen positive results. By limiting social interactions, the nation has seen more than 2,000 individuals recovering, leading Algeria’s citizens to become more optimistic about the future.

In addition to the efforts combatting COVID-19, Algeria has received great aid from countries and organizations. Most notably, Chief Mark Lowcock, the U.N. Humanitarian Chief, donated $15 million from the Central Emergency Response Fund.

Another notable contribution was from China; it sent a 13-member Chinese medical team and equipment, worth around $450,000. This team is distributing masks and protective clothing all across Algeria so that citizens could protect themselves better.

Before these contributions, Algeria suffered a shortage of equipment and staffing. Patients in hospitals could not receive treatment effectively and the general public lacked access to goods to protect themselves. Without this aid, Algeria would have seen a dramatic increase in deaths due to its lack of technology and manpower for COVID-19.

To further accelerate this growth, protests by the Hirak that began in late March 2020 are ongoing. The protests have been an attempt to motivate the government to focus on improving conditions. The Hirak is a group of Algerian citizens who have the goal of bringing change to the government’s acts of ignoring the public. Along with the aid from large organizations and countries such as UNICEF and China, the wide distribution of hand sanitization stations and testing kits are continuing.

Volunteer doctors have also taken the stage in Algeria. Large teams have established COVID-19 hotlines, and shortly after establishment, they have reached more than 46,000 people. These hotlines provide verbal assistance to patients as well as education to citizens regarding the harsh effects of COVID-19. Algerians battling the virus utilize these hotlines to immediately get aid from doctors.

In addition, volunteers have made strides to assist the majority of the provinces in Algeria; more than 48 have an infectious disease center. Through these newly established centers, volunteers have been able to reach out to thousands of Algerians while pairing patients with doctors.

Algeria is currently on the road towards improvement. By increasing the number of testing kits, medical equipment and volunteers, the number of recovered patients has grown tremendously.

However, it is evident that Algeria’s government must take the initiative to aid citizens in need. Through fostering the abilities of volunteers and continuing to improve the qualities in hospitals, Algeria has the potential to fully combat COVID-19 while looking out for the well-being of its citizens.