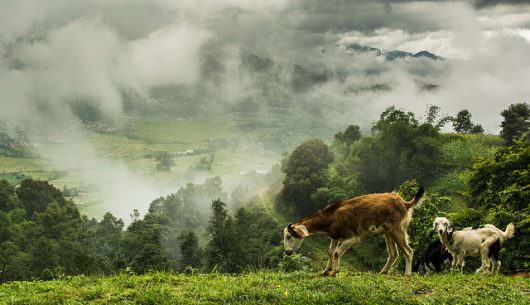 According to the press release on the UNDP website, the aim of this program is to help farmers in Nepal by increasing the quality and stability of agricultural production. The program would accomplish this through improvements in infrastructure, training on new, updated farming techniques and development of marketing methods.

Agricultural production is crucial for the majority of Nepal’s population, where it serves as a form of occupation for 68 percent of the people.

Although agriculture is the main livelihood for a majority of the population, Nepal still faces certain challenges when it comes to producing enough food for its population. USAID reports that Nepalese citizens do not receive a sufficient amount of food.

This food deficiency has led to 36 percent of children under the age of five to suffer from malnutrition and its accompanying effects; however, the situation in Nepal is more optimistic then these statistics make it seem. The International Labour Organization (ILO) reports that in the last decade, poverty in Nepal has gone down from 42 percent to around 24 percent.

The Cooperative Market Development Program will further contribute to this decline in poverty by helping farmers in Nepal innovate their practices.

The duration of the program will be five years, and will primarily assist six districts in the Kathmandu Valley. While cooperative markets are not new to the farming community in Nepal, a variety of obstacles exist that affect the success of this method.

The UNDP press release states that cooperative farming markets have been hindered by “poor infrastructure, including transport and storage facility, inadequate access to market information and regulatory and institutional bottlenecks.”

The Cooperative Market Development Program has the potential to boost Nepal’s economy by working on a local level throughout the country. This is significant and would benefit Nepalese farmers because currently one-third of supplies for the farming community are imported from other countries, as reported by UNDP.

The program will take some specific steps to achieve its goals: provide training on various farming-related activities such as production enhancement, branding and marketing, and create 90 collection centers.

Furthermore, the Cooperative Market Development Program will contribute towards Nepal’s achievement of two of their Sustainable Development Goals: eliminating poverty and hunger.

In addition, improved food production and enhanced quality of fruits and vegetables could help combat malnutrition and food shortage.

Farmers in Nepal will be able to increase their incomes and update their farming practices through this program, which in turn will have a lasting impact on the continued reduction of poverty in Nepal.