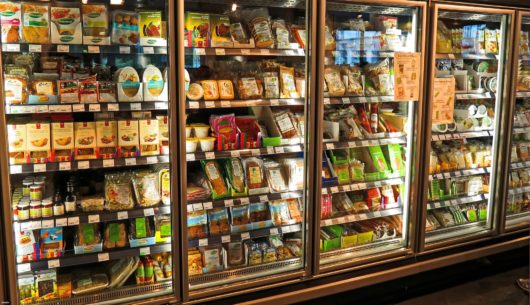 Cooling in developing countries is a major problem that affects health, disease treatments and hunger.

Many developing countries do not have access to electricity and consequently do not have proper cooling systems either.

Lack of cooling makes it difficult for fresh produce to last, leading to massive food waste. An average of 23 percent of food production in developing countries is lost because of poor refrigeration.

In India, around 70 percent of people do not have refrigerators. With 43 percent of rural and 13 percent of urban households not receiving enough electricity to maintain a fridge, access to cooling for the public is limited.

This makes it difficult for people to store food for long periods of time and puts more strain on women, who traditionally have to cook for their families.

A lack of refrigeration is present in the food industry as well, where only 4 percent of produce is refrigerated during transport, causing losses of $4.5 billion each year.

This poses a huge risk to India’s growing food sector, especially as it moves towards perishables and limits India’s ability to accommodate its growing food demand.

Although the country has more arable farmland than most countries, India’s domestic production is expected to meet only 59 percent of its demand in 2030.

One of the reasons for this inefficiency is because farmers cannot store their food for long periods of time, leading to around 40 percent of agriculture production to go to waste. With many farmers being considered food insecure, poor access to cooling proves to be a major roadblock in reducing hunger.

The lack of cooling is also dangerous for vaccines since 20 percent of health care products and 25 percent of vaccines are damaged due to poor cooling systems in the country.

Although air conditioning ownership has gone up from 2 million in 2006 to 5 million households in 2011, that number still only represents around 3 percent of Indian households. Restricted energy access prevents many from being able to purchase air conditioners.

Still, the Indian cooling industry is expected to grow up to 25 percent each year, showing that progress is being made for cooling in developing countries.

The government is making changes and has taken an initiative through the National Cooling Action Plan.

A major focus of the 2018 plan is household air conditioners. As more and more people purchase them, energy efficiency and environmental consciousness have become increasingly important.

The action plan discusses ways to reduce the energy intake of air conditioners so that poorer families with lower access to energy can afford to maintain them. Another approach is cool roofs that encourage using certain materials to reduce the amount of heat that gets trapped inside a building.

With cool roofs being cheaper and advantageous for India’s rising temperatures, more cities are implementing them as a viable cooling method.

The Case of Nigeria

Nigeria similarly faces rising temperatures and low access to electricity, both which contribute to unsatisfied demand for cooling devices.

Over 50 million rural and 44 million urban Nigerians do not have adequate access to electricity and, consequently, refrigeration. Restricted cold food storage continues to the agriculture sector, where 36.7 percent of production goes to waste due to a lack of cooling.

With food and vaccines at risk of spoiling, Nigeria’s defense against hunger and disease is impaired. Nigeria’s history of disease outbreaks and high rates of poverty make this issue critical.

In response to these potential and immediate effects of the lack of cooling, the first National Food Safety Policy was adopted in 2013. One of its goals is to reduce food waste, which it addressed through improving cold chain efficiency.

Corresponding to the goals set in the policy, the Nigeria Expanded Trade and Transport Program (NEXTT) works towards economic development in Nigeria. In order to expand trade, NEXTT analyzes the inefficiencies in Nigeria’s existing cold chain.

Through projects like these, cooling in developing countries is making progress.

In Bangladesh, cooling is especially important for almost 50 percent of the population that are farmers. While many of them farm mainly for their own families, they do sell any surplus.

However, their sales are limited by how long their product lasts without a refrigerator, causing around 50 percent of production to spoil before being sold.

A Bangladeshi food company, Golden Harvest, dealt with this problem firsthand when most of the food they bought from farmers was spoiled. As a result, their own perishable products were unable to sell because of the unreliability of local farmers.

In response, they partnered with USAID to establish the first integrated cold chain system in Bangladesh. USAID helped to provide farmers with education related to maximizing their yields and gave technical assistance with Golden Harvest’s projects.

Golden Harvest has since invested in numerous refrigerated trucks, freezers and cold storage units. As the company grows, it continues to provide a foundation for the cold chain in Bangladesh.

Food insecurity, vaccine distribution and poverty are all exacerbated by poor cooling systems.

For many countries, access to refrigeration is vital to the advancement of their respective food industries, especially as the total population constantly increases in those countries.

Still, numerous projects are implemented towards improving the issue of low access to cooling in developing countries, showing hope that the situation will soon be resolved.