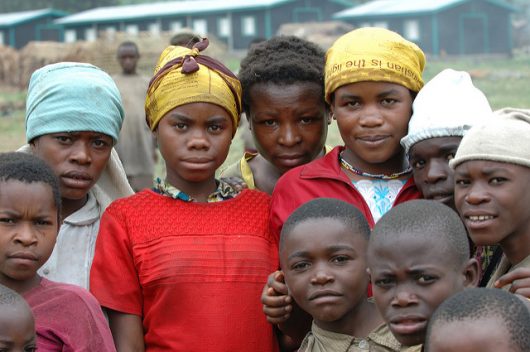 Since the 1990s, the Democratic Republic of the Congo (DRC) has experienced extreme violence between armed forces and diverse groups of rebels. Many armed forces have since recruited thousands of child soldiers. Today, the U.N. has declared the recruitment of Congo child soldiers an “endemic.”

The head of the United Nations Organization Stabilization Mission in the Democratic Republic of the Congo (MONUSCO), Martin Kobler, has stated that “This situation is unacceptable and has been going on for much too long with impunity. Recruiting children into armed groups is a crime, and destroys the lives of the victims who are forced to do things that no child should be involved in.” MONUSCO reported that an estimated 8,546 children were recruited into diverse armed groups in the DRC between 2009 to 2015. By recruiting more and more Congo child soldiers, it will only create a cycle of violence passed down to further generations. Not only are children forced to leave their families, but they are used as fighters and sex slaves, often leaving them in a position deprived of all educational attainment and daily trauma. Nevertheless, when child soldiers return back to their communities, they are often shunned by their families and are unable to reintegrate into all aspects of society.

Many children are forced into a life of violence unwillingly, but in some cases, children believe that by joining armed groups, it will give them an escape of a life plagued by poverty. It’s often difficult to obtain accurate data on the number of girls recruited by the DRC’s armed groups however, Child Soldiers International states that almost 7 percent of child soldiers are girls. This number is seemingly disproportionate, leaving many girls unaccounted for.

A Huffington Post interview indicates that many girls cannot afford the fees of local schools and believe that joining local militia groups would ensure security, food and a life outside of poverty. Nevertheless, many parents of girls believe that their daughter’s recruitment will protect their village from plundering and attacks. However, as one past girl soldier interviewed says,  “I would wake up and find myself naked…They gave us drugs so that we would not get tired of all of them using us.” Young girls soon find out that recruitment means a life of sexual abuse and slavery.

It must be noted, that with the help of the DRC’s government and international efforts, the recruitment of Congo child soldiers is steadily declining. In 2009, the DRC adopted the “Law for the Protection of Children,” making the recruitment and use of children in armed conflict illegal. In 2012, the government also signed a “Plan of Action with the United Nations to prevent and put an end to the recruitment and use of children, as well as other serious violations of children’s rights committed by security forces.” In this way, the country has begun to take serious measures against the recruitment of child soldiers.  Furthermore, many organizations such as Child Soldiers International are working to ensure that past child soldiers receive an education and are working to integrate them back into society.