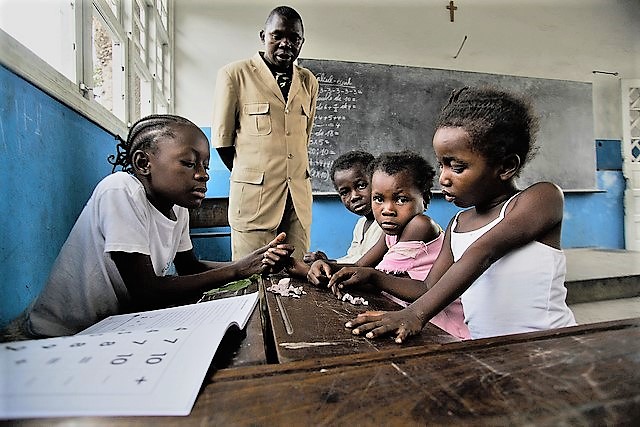 The Democratic Republic of the Congo recently began making education a greater national priority. Due to internal tumults and conflicts which ensued since the nation achieved independence in 1960, the financial burden of education in the Congo has largely fallen on families, despite the fact that more than 70 percent of the Congolese population live in poverty.

About 95 percent of school fees, which fund everything from classroom materials to maintaining school infrastructures to teacher salaries, are paid for by families. Therefore, children from poor families are far less likely to attend school than their wealthier counterparts. In fact, about 1.2 million children who are not enrolled in school would be able to attend if these fees were abolished.

Fortunately, in recent years, universal education in the Congo has become a national priority. The DRC joined the Global Partnership for Education in 2012 and has since received two substantial grants to overhaul the Congolese education system.

The first grant of $100 million from 2013-2016 significantly improved national primary school enrollment, restored more than 700 classrooms, distributed 20 million textbooks and teacher guides, trained more than 11,000 teachers, as well as constructed latrines and water points throughout the Kasai and Equator provinces.

There is still much to be done. The next grant of the same amount will be implemented from 2016-2020.

Making education free and universal for Congolese children is fundamental to the DRC’s plan for poverty reduction and economic promotion. However, it is not only accessibility that needs to be improved. Overall educational quality is severely wanting.

Now that education in the Congo is a more deliberate national priority, both quality and accessibility of schooling can be better addressed. With the renewed grant from the Global Partnership for Education, the DRC continues to improve supplies to schools and quality teacher training.

Better materials and lower student-teacher-ratios will enhance the likelihood of student successes, and in the long run, reduce national poverty and enhance economic competence in the Congo.