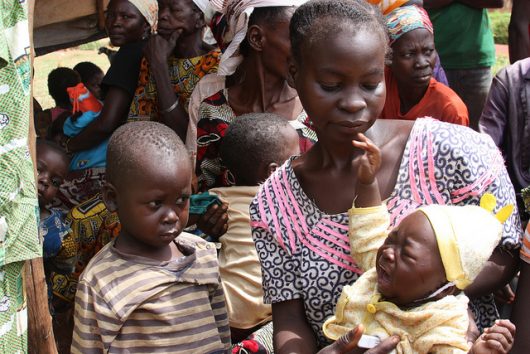 The Central African Republic is a nation with a long history of political turmoil and humanitarian crises. It is also consistently named among the poorest nations in the world and has some of the worst global health indicators. The country has the sixth highest infant mortality rate and the third-highest maternal mortality rate in the world. As recently as 2013, a major crisis displaced over 25% of the population and almost collapsed the nation’s already precarious health system. Although it seems as if the CAR is finally able to stabilize its political situation—for the first time in its history, the nation has a democratically-elected president and parliament—endemic poverty and poor health infrastructure coupled with a tropical climate makes the prevalence of disease a major problem. Here are four of the most common diseases in the Central African Republic:

The tropical climate of the Central African Republic means it is already a hotspot for contagious and infectious diseases; a precarious health system coupled with endemic poverty makes matters even worse. Although many international organizations have made a concerted effort to address these issues, the constant political conflict and instability make it extremely hard for them to properly do their job. The international community should help the CAR by not only providing medical aid and supplies but also helping it build a stable government that will properly handle these issues.