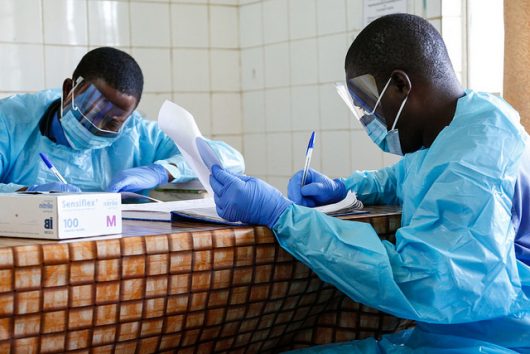 Located in Western Africa, bordering the Atlantic Ocean, Sierra Leone has a population of over six million and growing. Rapid population growth rates due to high fertility among women has led to increased need for improved drinking water and sanitation facilities. In 2015, over 93 percent of the rural population had unimproved access to sanitation facilities and over 52 percent had unimproved access to clean drinking water, according to the CIA World Factbook. Sierra Leone’s population is categorized at a “very high risk” of contracting infectious diseases. Here are some common diseases in Sierra Leone that are of issue.

Zika Virus
Spread by the bite of an infected mosquito, Zika virus can be from person to person through intercourse as well as from a pregnant woman to her fetus. Zika is linked to a number of birth defects including incomplete brain development. Many people infected by the virus show no or few symptoms such as fever, rash, headache, red eyes and muscle pain. The Centers for Disease Control and Prevention (CDC) strictly states that women who are pregnant should not travel to Sierra Leone. All travelers should prevent mosquito bites and have minimal sexual contact. The first recorded outbreak of the Zika virus in Sierra Leone was documented by the World Health Organization (WHO) from 1960 to 1983.

Lassa Fever
A viral disease carried by rats, Lassa fever can be contracted through exposure to rodent fecal matter or urine. Within the first week of February 2017, three deaths due to Lassa fever were reported in the city of Kenema in Sierra Leone. According to the CDC, there are an estimated 100,000 to 300,000 documented cases of Lassa virus infections in West Africa every year, with a resulting 5,000 deaths. Lassa fever is more widespread within the country than it ever has been before and is classified as one of the most common diseases in Sierra Leone.

Typhoid Fever
According to the CDC, nearly 26 million cases of typhoid fever are reported annually worldwide. Spread through consumption of water or food contaminated with fecal matter or sewage, the CDC strongly suggests all travelers be vaccinated for typhoid fever if traveling to Sierra Leone. The most vulnerable to contracting the disease in the country are infants ages one to four. The most common symptom is sustained high fever.

Malaria
Transmitted to humans by the bite of an infected female mosquito, malaria can cause fever, chills and eventual anemia due to damage to the vital organs. In 2013, there were a total of 1.7 million recorded cases of the disease in Sierra Leone’s population of six million. The CDC recommends travelers take a prescription medicine before and during travels to Sierra Leone to lower risk of infection. All areas of Sierra Leone are at risk for the malaria epidemic.

Travelers are at high risk for all common diseases in Sierra Leone. Disease detection, control and prevention remain some of the highest priorities of the country’s Ministry of Health and Sanitation.