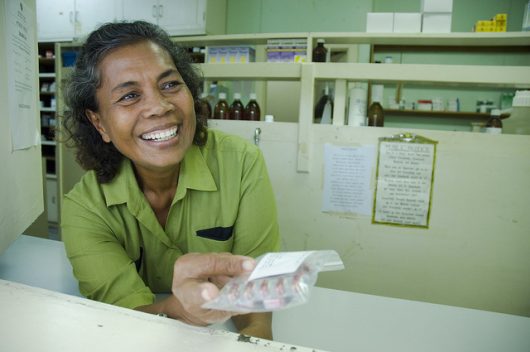 The Republic of Nauru is a small island nation about 1,800 miles northeast of Australia, according to the BBC. The country has only about 10,000 inhabitants and there has been little economic activity since the 1980s, when its phosphate mines were exhausted.

Common diseases in Nauru include noncommunicable diseases (NCDs) such as cardiovascular disease and diabetes, according to a report submitted to the U.N. by the island nation in 2014. Health indicators, which are important when considering disease rate and mortality rate, are poorer in Nauru than in any other area of the Pacific region. NCDs affect communities and the government by making people more vulnerable to heat and water stress, which increases their vulnerability to climate change as well. This has made combating their causes a top priority.

Diabetes and its related complications account for most hospital admissions in Nauru. Life expectancy on the island is one of the lowest in the Pacific region and has gone down over the past 20 years. Diabetes affects 30 to 40 percent of the adult population and is one of the most common diseases in Nauru. NPR reported that amputations are a regular occurrence due to the disease. Other common diseases in Nauru include circulatory diseases such as hypertension and coronary artery disease. This is partly due to a shift from a traditional diet of root crops and fish to a modern diet loaded with processed sugar and saturated fats.

According to the Journal of Third World Studies, alcohol and cigarettes and the increased consumption of high fat diets has increased the prevalence of NCDs in the South Pacific region. This problem can be traced to an improved standard of living.

The government of Nauru developed a strategic plan in 2014 which was outlined in a document titled Nauru Non-Communicable Disease Strategic Action Plan 2015-2020. This plan was drafted in order to combat these problems and its main goal is to reduce the problems caused by NCDs in Nauru by 2020. About 28 participants came together in October 2013 to begin developing the strategic plan. Most of these participants were from the nation’s healthcare sector. Other members included community, church and education leaders, sports representatives and news outlets. The national NCD committee met in November 2013 to review the actions suggested by the previous committee and the draft was finalized in May of 2014.

NCDs are some of the most common diseases in Nauru and are the largest causes of death and disability on the island. Heart disease, hypertension, diabetes, kidney disease and lower repertory disease account for nearly 80 percent of deaths in Nauru. This island nation hopes to ease the burden that their citizens bear due to NCDs with their newly-developed strategic plan. Reaching the goals of this plan will surely help improve health on the island and extend the life expectancy of citizens of Nauru.