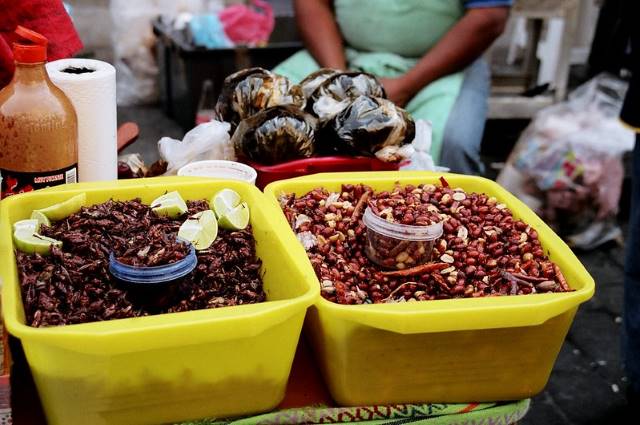 In Kenya, hunger and food security are two of the most dire issues faced by impoverished communities. The locust swarms that plagued countries in the Horn of Africa in 2020, devoured millions of hectares of crops resulting in significant food loss. The incident also served to illuminate the precarious insecurity of the food supply in the region. This gave way for creative solutions to combat extreme hunger in Kenya and other African countries alike.

Eating insects has a long history in tropical and subtropical climates due to the large populations of insects. Kenya is no exception. Though locusts were long considered a valuable food source, they should not be eaten now due to the widespread usage of insecticides to curb locust outbreaks. However, other related insects like grasshoppers can be eaten. Countries like Kenya can potentially use insects to combat extreme hunger.

Among the millions of undernourished people in Kenya, lack of protein is the main cause and one of the most important areas to focus on to reduce malnutrition.

According to the Global Hunger Index, 24.2% of people in Kenya were undernourished in 2018. In the same year, roughly 26% of children under the age of 5 had experienced stunted growth due to malnourishment.

Insects are an extremely good source of proteins and essential amino acids. Insects like grasshoppers and locusts contain more protein per ounce than traditional forms of protein like beef, chicken or sheep.

The production and harvest of insects for consumption provides a stable and efficient method of food production. It takes only three months for crickets to grow to their fully matured state.

Studies have also shown that insects are as efficient as poultry in converting feed into biomass. In addition, insects can feed on waste byproducts such as manure. Both of these facts mean that insect farmers in Kenya will not need to spend much time or money on providing feed to their insects.

The cultivation of insects consumes less water and results in lower greenhouse gas emissions than the cultivation of other sources of protein like livestock. Furthermore, contrary to popular belief, insect cultivation is believed to be less likely to result in zoonotic infections.

In Kenya, where insects such as termites are already commonly foraged for consumption by humans, the mass production of insects could combat extreme hunger. Insect cultivation has the potential to provide a cheaper, more efficient and stable solution.

More research and development must occur before entrepreneurs and activists in Kenya can roll out products like insect protein powders, cricket-based flour or just plain fried insects to Kenya’s hungry. Nonetheless, the value of insects presents a possible solution that can be considered to combat extreme hunger in Kenya.