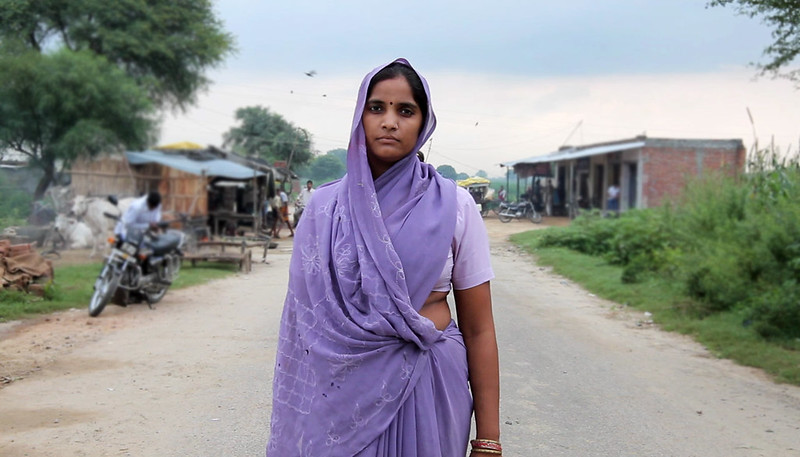 Imagine, for a moment, that you’re a five-year-old girl growing up in India. All around you, the standards for beauty are pretty, light-skinned Indians: they’re in all of the movies, splashed across billboards and magazines, on promoted ads and videos. Every drug store sells multiple brands of skin-lightening creams, and your favorite actors all endorse skin-lightening products. Your family members tell you not to spend too much time in the sun, just so you won’t get too tan. That’s what colorism in India was like for Rajitha Pulivarthy, now 20 years old and living in the United States.

“I don’t know if I’ve ever experienced [colorism] myself, because I’m more on the lighter-skinned side, but I definitely adopted a colorist attitude when I was younger,” she said, recalling her experiences with colorism. “I wanted myself to look lighter or not get tanned in the summer.” Even with supportive parents who rarely mentioned colorism and told her to stay away from skin-lightening products, colorism still shaped Pulivarthy’s worldview growing up and even after moving to America. Sadly, Pulivarthy’s story is just one of millions. For many women growing up in India, this is the norm.

Colorism occurs when some people are discriminated against more than others of the same race, simply due to the shade of their skin. It is very prevalent in India, and it’s a gendered phenomenon, affecting Indian women more than men. Sometimes, colorism is obvious, but often it manifests in more subtle ways, like in everyday behavior. Something like commenting on how someone is “beautiful and fair-skinned” is commonplace in India. While those comments don’t necessarily insult those who have darker skin, they do show society’s preference for those with lighter skin.

While the media plays a large role in these notions of lighter skin aligning with beauty, colorism in India can trace its roots all the way back to British colonization. The British ruled many South Asian countries, including India, for over 200 years. Their colonization embedded the idea that fair skin people were the ruling class, and darker-skinned people were the subjects. British rulers treated lighter-skinned Indians more favorably than their dark-skinned counterparts. They gave light-skinned Indians access to government jobs, while constantly demeaning dark-skinned Indians. This discrimination also bled into India’s caste system, where people perceived higher castes as fairer and superior and lower castes as darker and inferior. As such, these lasting colonial legacies mean that skin color still affects the socioeconomic status of Indians today.

Poverty and colorism in India go hand-in-hand. Because the caste system still affects socioeconomic status, people with darker skin tend to be lower in socioeconomic status as well. Colorism makes social mobility harder for Indians in general. There is systemic discrimination against dark-skinned people in education systems and the labor market. Educators and employers still prefer light-skinned Indians over dark-skinned Indians, which plays greatly into the opportunities for social mobility that darker-skinned Indians do and do not have.

A basic link between poverty and colorism in India is that impoverished people are not able to take care of their appearance and diet. Though they don’t have access to skin-lightening products, they are seen as “dirty” and “dark.” Over time, these connotations begin to blur, and socioeconomic status and skin tone become connected to social and financial status.

One of the most unique effects of colorism in India is how arranged marriages, common in India, discriminate against dark-skinned people. Marriage ads allow people to filter out women on every condition under the sun, including skin color. A study done at the University of New Delhi, India found that dark-skinned men and women were consistently rated lower on marriage ads. This demonstrates yet another way that colorism in India inhibits social mobility, which makes it harder for impoverished people to change their circumstances.

Anti-blackness and anti-darkness together ultimately create discriminatory systems that disenfranchise dark-skinned people in India and across South Asia. However, protests over summer of 2020 in the U.S. have prompted calls for equity and justice around the world, especially in India. In particular, there has been a new wave of conversations surrounding colorism in India and how to fight it.

Many Indians are asking themselves and their family members how they can continue to support “Black Lives Matter” while also perpetuating harmful colorism within their own communities. Some people are starting the fight against colorism by talking to their friends, families and community members about colorism. Others are using social media to create movements, like #UnfairAndLovely, which takes the name of a popular lightening cream and uses it to brand positivity posts for dark-skinned Indians. Still others are calling for accountability from notable Indian celebrities like Priyanka Chopra, who has promoted skin-lightening products in the past.