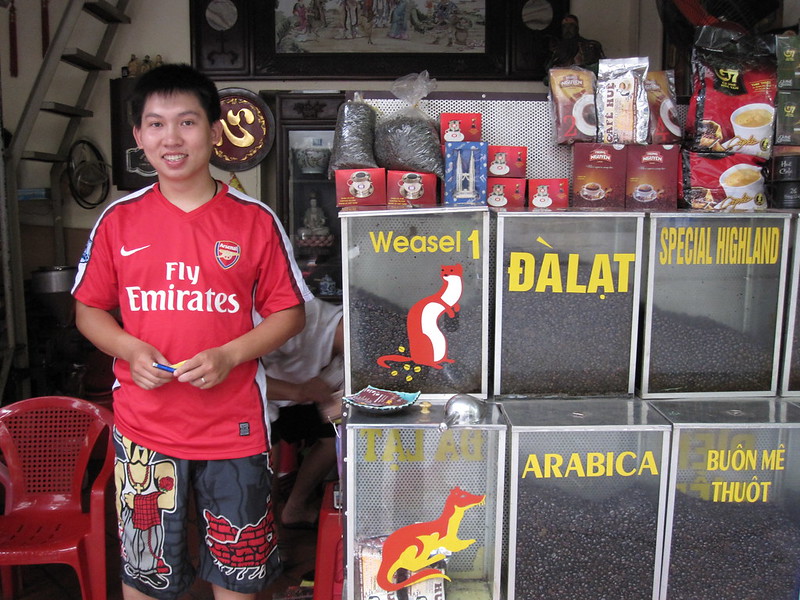 The comforting routine of having a rich cup of coffee in the morning is a habit shared by numerous people around the world. Unique flavors and distinctive brews come from various countries such as Brazil, Colombia and Indonesia. Vietnam, once an underdog in the coffee industry, has now become one of the top coffee exporters in the world. As a new major contender in the international coffee trade, Vietnam faces new economic opportunities moving forward. Importantly, coffee in Vietnam has the potential for reducing poverty.

How Coffee in Vietnam Took Root

French colonists introduced coffee in Vietnam in 1857. The central highlands region, Buon Ma Thuot, had ideal growing conditions for the crop. Accordingly, it became a target region for coffee cultivation. Growing coffee in Vietnam proved to be difficult yet promising. The government encouraged citizen migration to rural regions such as Buon Ma Thot, which gained a 265% increase in the overall population. By the end of 2000, over 4 million people settled in this area, which created a new and expansive workforce for the coffee industry. This new workforce, combined with the government’s coffee-growing program and the increased demand for coffee worldwide, created a boom in Vietnam’s economy.

In the span of just two decades, Vietnam became one of the most competitive coffee producers in the world. It now ranks as the 2nd largest coffee exporter behind Brazil. Starting with 8,400 tons of coffee produced in 1980, production numbers skyrocketed to 900,000 by 2000. Coffee production has contributed to Vietnam’s GDP increasing by 7.7% within the past few years. Unexpectedly, coffee became an important player in the Vietnamese economy.

Challenges Brewing Within the Industry

Two main types of coffee beans, Robusta and Arabica, compose most of the beans exported by countries worldwide. Currently, 95% of Vietnamese coffee exports are Robusta, known as lower quality beans. As a result, the success of Robusta in the market depends on fluctuations in global demand. Vietnam’s coffee industry must account for this variable by improving the flavor and quality of beans harvested in Buon Ma Thuot to remain competitive in the worldwide market.

But remaining competitive in the market is no easy task. Unlike globally known brands such as 100% Colombian coffee, Vietnam still needs to establish its trademark in the international market. Currently, processed coffee accounts for only 7% of Vietnam’s exports. Increasing coffee processing by establishing joint ventures with known retailers and roasters could create new opportunities for the industry. If Vietnamese brands become household names, Vietnamese coffee can garner substantially greater profit margins in the global market.

In addition to increasing coffee quality and ameliorating marketing tactics, Vietnam’s farming strategies must improve. Though Robusta is typically more resilient to environmental stressors, such as hot climates, pests and disease, this coffee crop is still susceptible to the dangers of unsustainable farming practices. Farming strategies that rely on intensive irrigation and the overuse of fertilizers can exhaust soil quality.

To combat land degradation, Vietnam’s government collaborates with global companies such as Kraft Foods and Nestlé. It also works with conservation organizations such as the 4C Association, Rainforest Alliance and Fairtrade Foundation. Together, they educate farmers, improve farming practices and establish an agricultural standard. This works to effectively and sustainably increase the production of coffee in Vietnam.

Solving Poverty One Cup at a Time

The significant surge in coffee production in Vietnam also means countless farmers and citizens gain a newfound source of income. With only 6% of total coffee production used domestically, coffee has become Vietnam’s key export. Coffee production provides a livelihood for around 2.6 million people. Importantly, 600,000 of these individuals are small-scale farmers, many of whom belong to underrepresented social groups.

This emerging industry has allowed Vietnam’s economy to vastly improve within a short span of time. Economic growth continuously boosts Vietnamese citizens’ quality of life. In 1994, Vietnam’s poverty rate was at 90%. As of 2020, the poverty rate has lowered to 23%.

Global corporations also take part in developing Vietnam’s coffee industry and helping farmers. Nestlé and Mondelez International have each invested more than $200 million in training farmers to distribute stable supplies of coffee. In 2015, Starbucks introduced Vietnam Da Lat, its first single-origin coffee from Vietnam, to its locations in more than 50 countries. Altogether, more than 21,000 farmers benefited from foreign investments in this booming industry.

Overall, coffee in Vietnam is a growing industry with many future possibilities. With the right policies and guidance, Vietnam’s coffee industry can further improve its economy, provide income opportunities and increase standards of living for countless communities nationwide.