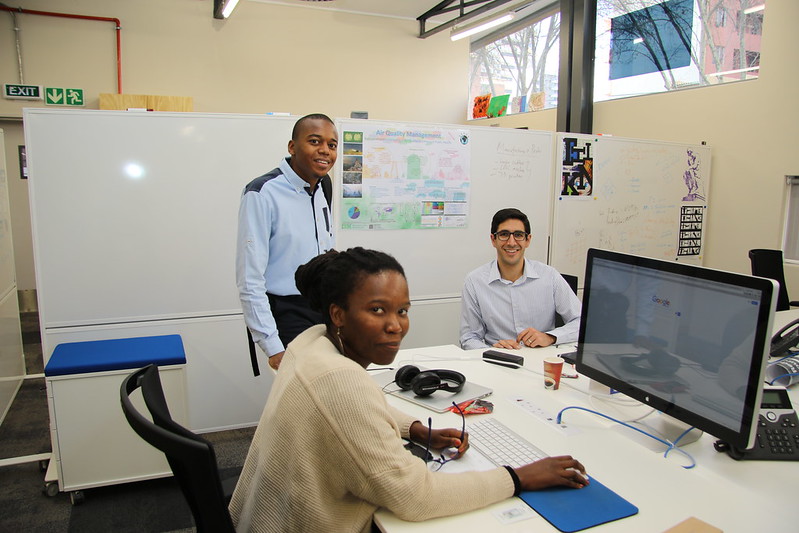 Automation has often been discussed as the enemy of progress, taking jobs and resources away from low-skilled workers. However, recent reports suggest that cobots offer a compromise for small- and medium-sized enterprises (SMEs), particularly in the developing world. Though the effects of widespread use remain to be seen, the use of cobots in developing countries has already had positive effects, according to leading Danish robotics company Universal Robotics (UR).

The first cobot (collaborative robot) was invented in 1996 by J. Edward Colgate and Michael Peshkin, both professors at Northwestern University. At the time, the invention was called a “programmable constraint machine.” Since then, human beings in companies across the world have been working alongside cobots, using the machines’ superior strength and accuracy to enhance processes from surgery to crop harvesting. Cobots differ from robots mainly in that they are not dangerous; they are much smaller and lighter and can work in close proximity to people. They are also not pre-programmed, and they can be trained to complete a process repetitively and even refine their abilities, improving as they go.

Cobots represent a growing industry worldwide, having generated $580.8 million in 2018. This growing industry, UR says, is expected to be worth over $9 billion by 2024. The industry is also relevant in developing nations such as Malaysia, where experts expect the use of cobots to increase.

Challenges to Manufacturing in Developing Nations

Emergent economies often struggle to match already-developed areas of the world in terms of productivity. Human labor alone cannot exceed the work done by human-cobot teams because of the advantages in strength and accuracy that cobots offer. Many poorer nations are not prepared to front the ever-increasing cost of feedstock, while also using devalued currencies to invest in technological solutions. On the other hand, they cannot afford to keep doing things the same way, says UR. Cobots offer crucial innovation that doesn’t empty the coffers.

From “Dull, Dirty, Dangerous and Dear” to Dynamic Careers

Popular culture often presents robots as adversaries; movies and books narrate universal fears of robots taking over human life and livelihood. But many of the jobs lost to automation, such as jobs in mining and sewage, fall into categories that are sometimes referred to using the four D’s: dirty, dangerous, dull (demeaning) and dear (expensive).”

Cobots can help reduce workplace injuries involving heavy and repetitive lifting, for example. And since cobots specifically require a human partner in order to be effective, using cobots does not necessarily result in the loss of a job. In fact, it could mean just the opposite: training people to operate cobots frees them from mundane tasks, making them more qualified, a phenomenon known as “upskilling.” This results in a more knowledgeable workforce whose lives are enriched by more fulfilling careers. In this way, cobots in developing countries can be part of the solution, not the problem.

Darrell Adams, the director of UR in Southeast Asia and Oceania, said of cobots: “Tomorrow’s workplaces will be run by highly skilled workers assisted by intelligent devices. Cobots help to automate and streamline repetitive and potentially unsafe processes, thus ensuring a safe work environment while increasing productivity and efficiency.”

The Successes of Cobots in Developing Countries

Cobots in developing countries have already had a degree of success. For example, in India, one automobile parts manufacturer, Craft and Technik Industries (CATI), saw the urgent need for more precision in its operations. A workforce deficit meant that manual work often resulted in errors and waste. However, after the addition of a UR cobot used to perform quality control, the company stopped experiencing these errors. At the same time, production jumped by 15-20%.

UR believes that cobots could offer up to a 30% boost in manufacturing output of SMEs in developing countries such as Malaysia. According to UR, as of 2020, most Malaysian companies automate less than half of their operations. This could be because industrial robots are simply too expensive for SMEs to afford.

Smaller, more practical cobots in developing countries make better financial and logistical sense because they are easy to put to immediate use, without causing invasive stoppages in production for installation. “With the assistance of cobots, local manufacturers can achieve higher levels of efficiency and rapid productivity gains,” said Adams.

According to UR, companies that have opted to automate their processes using cobots can slash production errors while boosting productivity by as much as 300%. For SMEs in the developing world, though, the most compelling evidence is in return on investment (ROI). Companies who have recently signed on to cobot technology can achieve ROI in about a year.

It is clear that developing nations will have to confront how to “upskill” workers in a way that accounts for socioeconomic differences and the gaps in access those differences can cause. In some countries such as Thailand, policymakers have already convened to form organizations dedicated to developing automation industries while equipping workers with the skills needed to keep up with those advances. But some economists are skeptical that this would be the norm in most countries, and propose a government-provided basic income for those who have lost employment. Whatever the case, with robots already here to stay, it seems clear that cobots in developing countries offer the happy medium that these countries need to compete in an increasingly automated world.