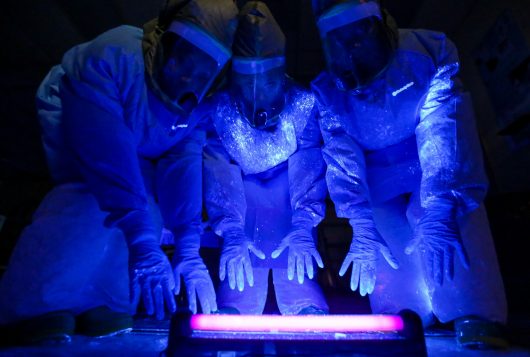 When the Ebola virus broke out in 2014, the world was ill-prepared to respond. In all, there were more than 15,000 confirmed cases and 11,000 deaths. Although the outbreak was concentrated in West Africa, a handful of cases reached the United States and Europe. With the rise of globalization and intercontinental travel, the next epidemic could easily become a pandemic.

To combat this danger, a multinational coalition is needed. The formation of such a group — the Coalition for Epidemic Preparedness Innovations (CEPI) — was announced at the World Economic Forum in Davos earlier this year.

The Coalition for Epidemic Preparedness Innovations is backed by the governments of Norway, India, Japan and Germany. These countries are partnering with the Bill and Melinda Gates Foundation and the Wellcome Trust to invest in vaccines to prevent diseases that have the potential to cause the next great epidemic.

Given the cost-efficiency of immunization programs, the development of vaccines is an effective component of epidemic preparation. With an initial fund of $460 million, CEPI will be well worth the investment. Guinea, Liberia and Sierra Lione lost approximately $1.6 billion in GDP in 2015 alone. A worldwide pandemic would be drastically more costly; the World Bank estimates a flu pandemic would cost $3 trillion globally.

The Coalition for Epidemic Preparedness Innovations will initially focus on three viruses: MERS-CoV, Lassa and Nipah. These viruses are among the diseases identified by the World Health Organization that warrant prioritization. For each virus, CEPI hopes to develop at least two vaccines. This head start is critical, as vaccine development is a long, arduous process. On average, a vaccine takes about 10 years to reach the market, and epidemics take far less time to spread.

Although CEPI is a major step in the right direction, a more comprehensive strategy is necessary to control a potential pandemic. As shown by the Ebola outbreak, a global surveillance system is needed. In addition, vaccines cannot prevent all cases of disease; treatment development is also needed. The current members of CEPI have demonstrated admirable initiative in showing the world that everyone is a stakeholder concerning global health.