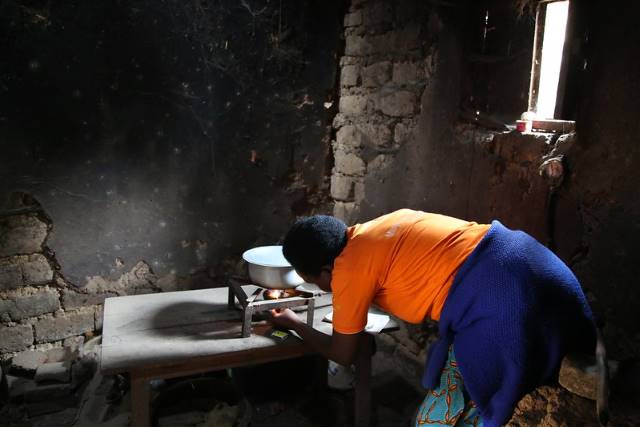 For most people, their day starts with tea or coffee followed by a light breakfast, available with minimum effort. For those less fortunate, this simple morning routine requires hours of backbreaking labor. Solid cooking fuels like wood and coal are necessities in much of the world, but in addition to contributing to climate change, they perpetuate poverty. This is partly because those who depend on this type of energy risk health problems from Household Air Pollution (HAP) and partly because solid cooking fuels can be labor-intensive to acquire and use. Over the past two decades, an overwhelming body of research has cited clean cooking as a primary target for policy reform. It furthers all eight of the U.N.’s Millennium Development Goals and five of its Sustainability Development Goals. Several exemplary clean cooking initiatives are making a difference today.

A widely cited 2004 paper argued that clean cooking protocols had high potential for poverty reduction and encouraged the creation of federal and intergovernmental agencies to manage a 10- to 15-year plan to implement them. Nonetheless, 15 years later, a Draft Energy Policy commissioned by the Indian government concluded that “clean cooking fuel has been the biggest casualty of lack of coordination between different energy Ministries.

“Not only India but also the international community has failed to leverage a low-cost opportunity with enormous benefits. The global cost of clean fuels for those lacking them totals only $50 billion per year or roughly 0.2% of a developed nation’s GDP. Diverse clean cooking initiatives at all levels are not only essential to poverty reduction, they are achievable.

Following the initial work in Haiti, the organization created the #HaitiBreathes campaign to improve school lunch programs. Observing that “children who eat during the day do better in school,” the campaign has helped 140 schools convert their kitchens to use liquid propane, benefitting 65,000 students and school cooks. Preventing child labor associated with solid fuels is fundamental to poverty reduction. The campaign’s culinary education component and infrastructure upgrades also offer long-term socioeconomic and health benefits by improving sanitation and food safety.

An estimated 15,700 premature deaths per year in Kenya are attributable to HAP. These deaths are preventable as 75% of households know of clean cooking subsidies and programs, yet 70% remain unable to buy a clean cookstove because of the high prices. Of those who make the relatively expensive upgrade, 60% say the fuel cost for their preferred cookstove is too high, and they are forced to endure the enormous health and productivity effects of purportedly “cheaper” alternatives.

Twenty percent of Cambodians live in poverty, and for them, alternatives to solid fuel are unattainable. People rely mainly on wood for fuel, causing a decline in forest cover from 73% in 1965 to 59% in 2006. Low-cost and temporary clean cooking options are the best way to create meaningful change. One study found that simply introducing flues, though it did not decrease carbon emissions, caused a 75% reduction in negative HAP health outcomes.

The Neang Kongrey Cookstove Initiative produces high-efficiency stoves that cost only $1.50 and reduce fuel consumption by 60%. This female-staffed company enables clean cooking at a grassroots level while also promoting sustainable economic growth. It makes up a mere 5% of the national cookstove market, but the project represents a 700,000-ton decrease in harvested wood and a 500,000-ton decrease in carbon emissions yearly. Although financed through international agencies, this dynamic business creates local change.

Clean cooking initiatives like those led by the WCK in Haiti, the Clean Cookstove Association of Kenya and the Neang Kongrey Cookstove Initiative in Cambodia are vital to creating clean energy, aiding low-income families and making progress in alleviating global poverty. With continued efforts from nonprofits and individuals alike, the international community takes one step toward reducing global poverty through clean cooking initiatives.