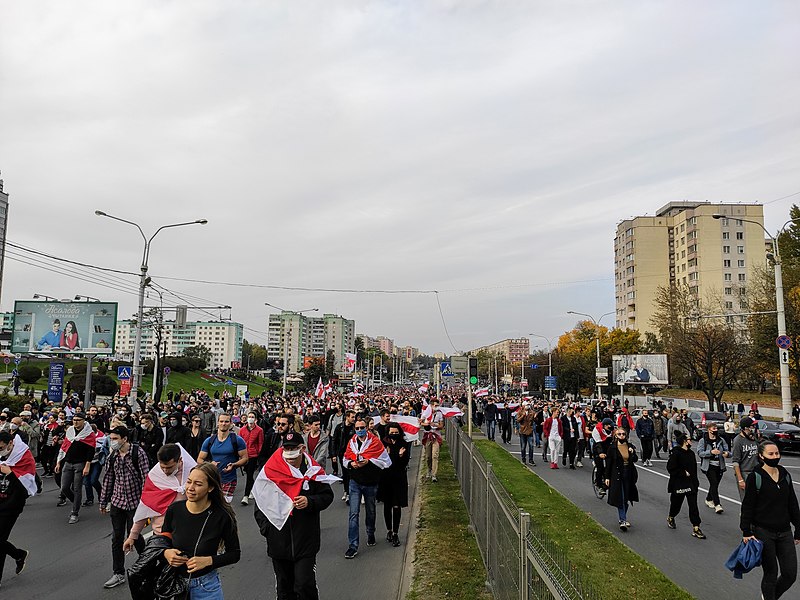 Belarus, meaning “White Ruthenia” or “White Russia” alternatively, has housed many different cultures and peoples across its history. With a population of just under 9.5 million people, however, the nation certainly has the population, as well as the various important resources necessary to develop the society, population and accompanying hard and soft infrastructure of the country in the post-Soviet Era. Its capital city, Minsk, is both the largest city in the nation, as well as one of the most historically rich cities in Eastern Europe. Unfortunately, civil strife in Belarus is a significant problem and relates to President Alexander Lukashenko as well as poverty.

Belarus has an economy that refines great quantities of Russian oil and produces petroleum, yet has rich natural resources like peat, clay, dolomite, sand, chalk, salt and potassium deposits as well; during Soviet times, it was an economically advanced region within the greater USSR and had one of the highest standards of living within that collective. These resources should have given the small nation a leg up moving forward, serving as a potential model of success post-Soviet dissolution for its neighbors.

Upon the collapse of the Soviet Union in the early 1990s however, this did not come to pass. Additionally, while the country has ostensibly contained outright poverty in the time since, the reality remains that the nation continues to endure as one of the poorest countries in Europe. Accordingly, civil strife, in the form of demonstrations and civil disobedience, continues to grow as Belarus, as a whole, feels the discomfort and burden of over 25 years of authoritarian restrainment.

There is, unsurprisingly, a stagnancy of progress in the countryside, and unrest within the cities, as the economic and social potentials for each remain difficult to attain. Belarusian President Alexander Lukashenko is the one thread that links all of these issues together.

Since Alexander Lukashenko came to power in 1994, the parliament has experienced diminishment as a relevant national structure of power on numerous occasions, most notably in 1996. However, the Lukashenko administration has continued this type of behavior in successive decades too, culminating with the most recent Presidential election of August 2020 and the fallout from the alleged government-sponsored voter fraud. This invigorated national protests within the nation and would lead to the subsequent international incident featuring the now-infamous Ryanair flight and its most famous passenger, Belarusian anti-Lukashenko activist, Roman Protasevich. Yet, while the E.U. has sanctioned Lukashenko and his government upwards of four times in just the last 20 years alone for violating human rights in one way or another, positive domestic change remains difficult to find. On the occasions that protests have occurred, like in the aftermath of the aforementioned election, the authorities quickly took care of it, Soviet-style.

It is quite true that, compared to the poverty statistics of Belarus 20 years ago, the Lukashenko government has allegedly, and, if statistically accurate, drastically diminished the suffering of people through an enlarged public sector that includes many of the industrial innovations of the nation. The reduction of the national poverty from 41.9% of the population in 2000 to just 5% by 2019 is absolutely a massive jump to be sure. Yet, it remains true that Belarus is more of a translucent than a transparent nation, and that beyond any facade that its President or administration would like to portray, there are both deep nuances, as well as suffering that is feeding the push back against Premier Lukashenko.

To this point, the region around the city of Minsk, as well as the regions or oblasts of Grodno and Gomel have poverty rates much higher than the city of Minsk itself or Brest and its surrounding area. However, the Mahiliou or Mogilev region to the southeast of Minsk remains the poorest of them all however with a recorded 31% of people living in poverty. Within some of these regions, estimates have determined that poverty persists at a rate of one for every five citizens. All of this indicates that while swaths of the population are now above the poverty line due, in major part, to work in the public sector and other industrial innovations of the country, there are still masses whose cities, fields and country towns remain economically depressed, politically unheard and practically disconnected.

With the aforementioned political, economic and social repression of the past 25 years, former Foreign and Defense Minister of Lithuania Linas Linkevicius raised a reasonable point when he stated that “….Lukashenko is ready to sacrifice everything, even the remnants of his country’s independence and sovereignty, to preserve his position. Partly also because, like all dictators, he has serious concerns about his own security after leaving….” To make the aforementioned quote as clear for the international community as possible, Lukashenko recently stated that he would rather die than agree to a new, internationally observed presidential election.

Yet, between the United States Agency for International Development, as well the United Nations, and of course Human Rights Watch and other NGOs like Ponimanie and Humanium are continuing to chip away at the hardships within Belarus. While NGOs like the first require little introduction, the latter two, since 2000 and 2008 respectively, have been doing this by working to reduce and eliminate poverty and crime in these places, by educating and protecting the children. This should assure all of the people the necessary resources for thriving, not simply surviving, as well as help enhance industry and the rate of societal innovation. While the European Union, the United States and the greater international community continue to look at ways of punishing Belarus’s government for its breach of human rights regarding the Ryanair incident, while sparing the people themselves, Alexander Lukashenko remains a major roadblock to any and all positive innovations.

While some argue that it is the state-owned structure of Belarus that inhibits the financial development of its citizens, one can clearly see that other nations with high percentages of state-owned infrastructure do not necessarily suffer this particular hardship; what Belarus actually needs is the ambition to legislate opportunities for the people, for the development of the people’s national and domestic infrastructure, as well as the creation and maintenance of functional economic structures, from localized, egalitarian domestic trade unions all the way up to fully participating within the European Union economic structure. Only when national conditions and expectations meet those of the Belarusian people and the greater international community can one say that the country will have made real progress eliminating poverty and civil strife in Belarus. However, until then, the work continues.