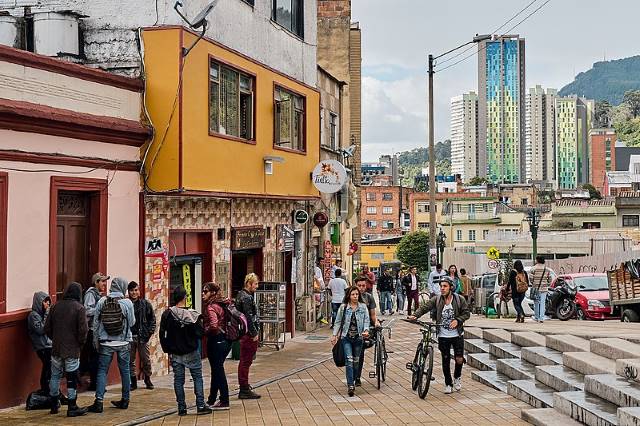 When Bogotá, Colombia, elected Enrique Peñalosa mayor in 1997, Mayor Peñalosa faced an uphill battle. Informal settlements, faulty public transportation and congested roads increased poverty and reduced the quality of life for Bogotá’s citizens. Mayor Peñalosa had a plan, though, and his success in fusing city planning and poverty reduction provides a blueprint for developing world mayors around the globe.

Bogotá’s Challenges in the 1990s

Bogotá faced many challenges as a city in the 1990s. With a lack of city planning, informal settlements dominated the landscape. Nearly 200,000 illegal water connections existed and only 60% of the population had access to the main sewer system. Fearing crime and the bustle of moving cars, many could not enjoy the streets on which they lived, with impoverished neighborhoods lacking accessible public spaces.

With these challenges, Peñalosa knew there was only so much he could do. He realized that in his one term as mayor, he would not be able to lift every citizen of Bogotá out of poverty. Thus, he decided to look at the implications of poverty. To him, development constituted a “better way of living, not being richer.” The lack of access to water, food, housing, transportation and green space, which the wealthy class enjoyed in plenty, constituted poverty, not just a low monthly income. By addressing those issues directly, Peñalosa could combine city planning and poverty reduction without aiming to increase wages.

One of the biggest problems urban populations face in the 21st century is informality. As of 2019, according to the United Nations, nearly one billion people live in informal housing or slums. Informal housing commonly leads to community marginalization and decreased access to food and water distribution networks. Fortunately, city planning and poverty reduction strategies can rectify these situations, and, Peñalosa did just that.

During his tenure as mayor, Peñalosa formalized 322 neighborhoods and provided nearly 700 sewers for informal settlements, drastically improving the livelihoods of those living in these neighborhoods. Utilizing many city planning strategies, he also provided better transportation access so that those living in these neighborhoods could access the amenities of the wider city. His strategy of focusing on formalizing and connecting informal settlements rather than increasing wages allows for a greater return on investment as the wider access to the city will naturally boost the quality of life.

Peñalosa entered his tenure as mayor with the goal of developing Bogotá around people and not cars. In a city where just about 30% of people drove cars, designing a city entirely around this vehicle would be illogical. He especially wanted public spaces suitable for the most vulnerable, the elderly and children, aiming to reduce poverty by increasing standards of living.

Peñalosa focused on three types of public spaces for reducing poverty. He first focused on a common city planning and poverty reduction strategy: transportation. In his tenure he built roughly 220 miles of protected bike lanes, opening up the streets to more than just cars. He also formalized the public transportation network to allow more equitable access.

His second strategy for city planning and poverty reduction covered educational space, building libraries and public schools to accommodate 200,000 new students. The educational infrastructure serves as one of the most important tools in fighting poverty and boosting literacy.

Third, he focused on leisure spaces, ordering the construction and restoration of public parks. Access to these three spaces combined —  transportation, educational facilities and leisure spaces — can greatly reduce the impacts of poverty. Furthermore, the public status of these amenities meant that access would not depend on an individual’s wage.

Mayors around the world can use Peñalosa’s tenure as a blueprint for their own cities. The strategies for city planning and poverty reduction that Peñalosa used were innovative at the time, but further research has shown their efficacy worldwide. Formalizing informal areas and expanding green space has become a norm for urbanists across the globe. While not without its flaws, Peñalosa’s strategy to combine city planning and poverty reduction helped fight poverty by focusing on raising living standards rather than pure income measurements.