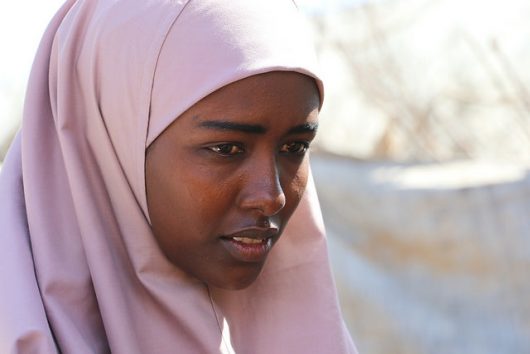 An outbreak of cholera in Somalia has resulted in a total of 28,408 cholera cases and 548 deaths thus far. In April 2017 alone, 2,745 cases of cholera were reported in Somalia by the Ministry of Health. From April 10 to 16, 28 cholera-related deaths were reported across 50 districts. The situation has been exacerbated by the worst drought experienced in decades, which has coincided with the cholera outbreak in Somalia.

Cholera is an acute diarrheal disease, which, if left untreated, can lead to death. It is caused by the bacterium Vibro cholerae. Consumption of contaminated food and water is the main cause of the disease. Malnourished children under the age of five are especially vulnerable.

Somalia is in the midst of a severe drought due to poor rainfall and a general lack of water. It has killed livestock and crops, leaving 6.2 of 12.3 million people in need of humanitarian assistance. The drought has greatly worsened the outbreak of cholera in Somalia.

Somalia’s humanitarian crisis is a combination of political conflict, food insecurity, displacement of people and limited health care. More than five million people are at risk of being affected by waterborne diseases, and three million people face food insecurity. The death rate has reached 14.1 percent among Somalis affected with cholera in Middle Juba and 5.1 percent in Bakool. Five hundred thousand Somalians have been internally displaced in search of water.

Dr. Adinnasir Abubakar, a cholera expert for the World Health Organization (WHO) emergencies program noted: “Ever since the drying up of the Shabelle and Juba rivers, people have been forced to move out and seek water in unfamiliar places.” The two rivers are Somalia’s perennial streams.

The Ministry of Health is working with the WHO to respond to this outbreak and implement preventive measures against cholera in Somalia. There have been integrated emergency responses in the Mogadishu, Bay and Gedo regions. Sixty health workers were trained by the Ministry of Health in cholera case management, surveillance, WASH (water, sanitation and hygiene) and risk communications.

The first oral cholera vaccination campaign began on April 18th and is set up to target 450,000 people over one year of age to fight cholera in Somalia. There are warnings by medical staff that the number of ill patients has exceeded hospital capacity in affected regions.

Cholera is a treatable and preventable disease. To prevent cholera deaths in Somalia, oral rehydration, antibiotics and intravenous feeding are needed. Somalia’s cholera outbreak is a wake-up call for the better implementation of water and sanitation infrastructure, promotion of hygiene practices and emergency aid need.