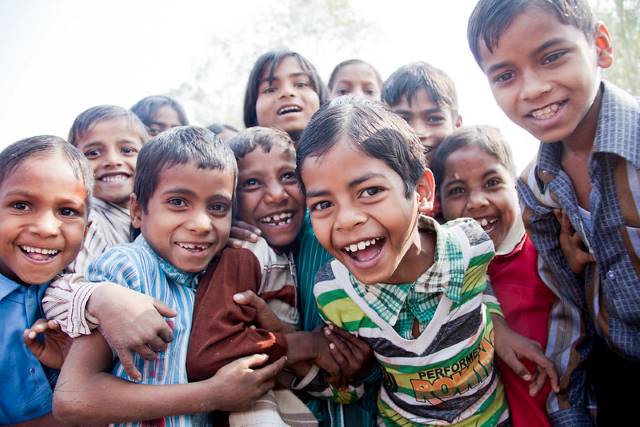 Founded by West Virginian Doctor VK Raju, the Eye Foundation of America responds to the ubiquity of childhood blindness. Though less common in industrialized nations, blindness affects many societies throughout the world. Globally, 2.2 billion people cope with cases of vision impairment or blindness, 12 million of which are preventable. According to the foundation, combating childhood blindness may be the most cost-effective health intervention.

Dr. Raju, the creator of Eye Foundation of America (EFA), grew up in Rajahmundry, Andhra Pradesh, India. His medical career in ophthalmology brought him to his current residence of Morgantown, West Virginia. Following his journey from east to west, Dr. Raju strengthened his ties to India and other developing countries through EFA.

Childhood vision impairments have an impact on education as learning is done 80% through vision. Therefore, EFA revolves around a singular mission: eradicating childhood blindness. The principles of service, teaching and research, underscore operations of the foundation. EFA sets up medical clinics across the world focused on training staff on ophthalmological procedures, screening local populations for eye conditions and maintaining a functional vision for the youth.

In four decades, EFA made notable strides in combating childhood blindness and overall blindness. In 30 countries across the world, EFA trained and educated more than 700 doctors and medical staff, conducted three million vision screenings and saved the vision of more than 350,000 people through essential procedures.

Dr. Raju traces the pervasiveness of childhood blindness to accessibility and affordability rather than incidence. He offers his home state of West Virginia as an example. In 2018, the U.S. Census Bureau documented the West Virginia poverty rate at 17.8%, which is 6% above the national rate of 11.8%. Despite relative poverty, Dr. Raju asserts that West Virginia residents enjoy excellent health care and ophthalmological treatment, regardless of whether they have insurance.

Two-thirds of the 1.4 million cases of childhood blindness occur in developing countries where Dr. Raju sets up the majority of EFA’s clinics. Accordingly, The World Health Organization (WHO) reports, “The burden of visual impairments and eye conditions tends to be greater in low and middle-income countries and underserved populations, such as women, migrants, indigenous peoples, persons with certain kinds of disability and rural communities.”

Mahatma Gandhi once famously declared, “Be the change you wish to see in the world.” For Dr. Raju, the change is to see. Though often taken for granted, vision enables children to read, write and learn through seeing. Vision impacts education and education impacts poverty. Dr. Raju’s foundation addresses overall global poverty by addressing childhood blindness.