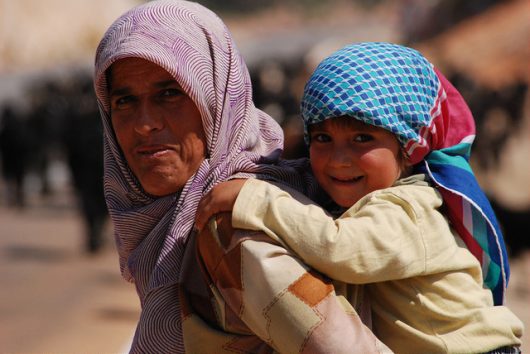 Despite having one of the world’s fastest-growing economies, Turkey needs to address its poverty problems. Recent data shows that child poverty in Turkey is spinning out of control, especially among rural populations. Located where Western Asia meets Southeast Europe, Turkey has a population of over 80 million people, with about 30 percent of the population under the age of 18. Many of these children lack basic necessities, such as education and medical care.

According to a recent report, two out of every three children are affected by child poverty in Turkey. This data is based on the European Union standards of living, which evaluates the material deprivation of the average household. The report explains that when making international comparisons, child poverty in Turkey is extremely severe and persistent. UNICEF builds on this by stating that as poverty continues to grow out of control, more Turkish children are threatened by the poverty threshold.

Rural populations are significantly further behind compared to the urban population in terms of education and wages. In rural areas, many schools lack teachers, which forces schools to accommodate as many as 100 students per classroom. These large classrooms lead to poor educational outcomes. Additionally, thousands of young girls in Turkey are out of school or denied education. This lack of education leads to poor wages and job opportunities, with some families resorting to child labor or child marriage in order to make ends meet.

Children are often times denied proper healthcare. According to UNICEF, immunization rates for childhood diseases are in need of improvement, especially in rural areas. There is also roughly 2,000 children with HIV/AIDS, with UNICEF believing the numbers are likely higher.

Steps are being made to address child poverty in Turkey. The Turkish government has made ongoing efforts to improve medical care for children, educational opportunities for girls and prenatal care for mothers. Additionally, UNICEF has partnered with Procter & Gamble and has helped educate 250,000 mothers about better parenting.

Experts state that it is absolutely crucial that Turkey addresses these impoverished living conditions since child poverty is one of the root causes of poverty in adulthood. One expert named Didem Gürses writes that “in order to break the generational cycle, poverty reduction must begin in childhood.”

Child poverty in Turkey must be addressed if Turkey wishes to end poverty and have a successful future.