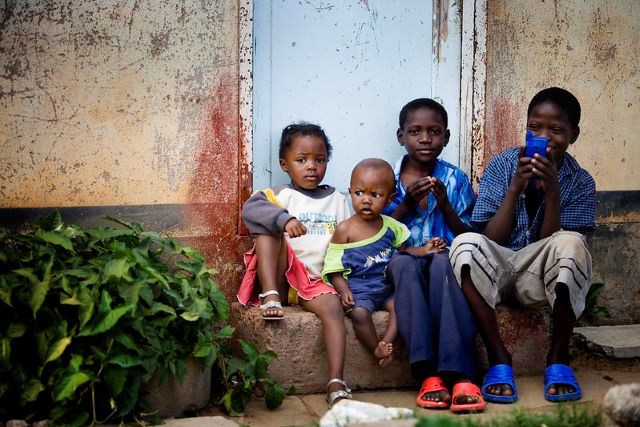 Zimbabwe has high poverty rates with more than half of the country’s population estimated to be living in abject poverty. Child poverty is prevalent in the country as children account for 48% of the population. There are notable efforts occurring to address the issue of child poverty in Zimbabwe.

A History of Poverty

Zimbabwe, once known as Rhodesia, attained independence from British rule in 1980. Following the country’s independence was intense political warfare stemming from tensions between the then newly instated president, Robert Mugabe. This period resulted in the deaths of more than 20,000 Zimbabweans. These tensions would continue in Zimbabwe for the next two decades. Multiple uprisings occurred throughout the 1990s and early to mid-2000s, with citizens protesting a litany of issues, including increased food prices, land ownership and financial plight. Economic turmoil has steadily increased since the country’s independence in 1980. The country broke records with one of the highest rates of hyperinflation in 2008, peaking at 98%. Zimbabwe has had intermittent financial rebounds since this time, however, the country has continued to struggle with stabilizing its economy.

State of Affairs in Zimbabwe

Agriculture plays a prominent role in Zimbabwe’s economy. According to the FAO, 60%-70% of the country’s population depends on agricultural-related affairs for employment. The industrial sector relies on agriculture heavily, providing 60% of raw materials. Agriculture also accounts for 40% of export earnings and makes up 17% of the country’s GDP. Droughts have threatened the livelihoods of many Zimbabweans. The country is currently experiencing the most severe droughts in its history. A significant proportion of the population that is dependent upon farming and agriculture for both income and food is in jeopardy. Food shortages have become a prevalent issue in Zimbabwe with children experiencing adverse impacts.

UNICEF has made several efforts to address child poverty in Zimbabwe. A few noteworthy efforts by UNICEF include providing 6,740 mothers with infant and young child feeding counseling as well as supplying more than 700,000 children with vitamin A in 2016.

UNICEF partnered with U.N. Women and the UNFPA in 2016 and the organizations in cooperation with the Zimbabwean Government were able to successfully support the development of the National Action Plan and the Communication Plan to End Child Marriages. UNICEF has also supported grassroots efforts in Zimbabwe. One of these was the development of the National Case Management System (NCMS) which provides child protection services, referrals and HIV care and treatment to vulnerable populations throughout Zimbabwe.

The NCMS provided nearly 24,000 Zimbabwean children with legal support in 2016. UNICEF also showed its support for the multi-sectoral system that accompanied the National Case Management System. This multi-sectoral system employs officers specifically tasked with providing support for children who have been victims of physical and sexual abuse. These efforts are major milestones that have contributed to improving the state of child poverty in Zimbabwe.

The Future of Child Poverty in Zimbabwe

Zimbabwe has had extensive turmoil in its history and tremendous economic turbulence. However, there still remains potential for growth and development. With the assistance of organizations, child poverty in Zimbabwe can reduce.