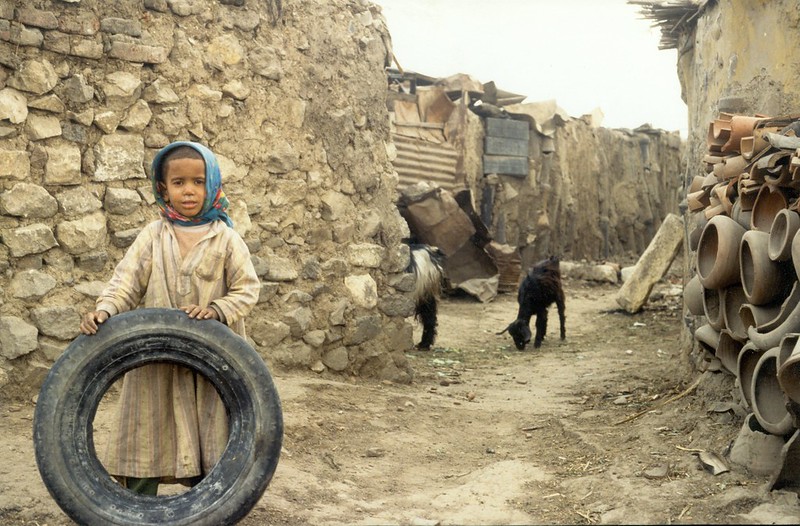 Egypt attracts visitors from all around the world to observe marvelous monuments such as the Great Pyramids and the Sphinx. However, behind the magnificence of its tourist attractions lies a country in distress. It has a rank of 13th in terms of global population, with births occurring every 15 seconds. The growing population is causing a scarcity of resources, leaving nearly 27.8% of Egyptians to live in extreme poverty. Poverty especially poses a threat to the quality of life for Egyptian children by denying them opportunities to be successful. Here are some of the factors contributing to child poverty in Egypt.

Egypt’s Ministry of Education reported that thousands of children dropped out of school in 2016 and 2017 due to the inability to pay fees for food, transportation and clothing. Roughly 600,000 of the children who dropped out of school in 2017 were girls. In previous decades, Egyptians highly undervalued education for girls due to ideas of traditional gender roles. However, a study in Egypt found that girls usually begin taking on household duties around the age of 10, allowing them more opportunities to attend primary school. The need for children to help bring in extra income causes many poor families to turn to child labor. This makes school attendance even less a priority.

Agriculture makes up nearly 55% of Upper Egypt’s labor force. Additionally, almost 80% of the population in Upper Egypt lives below the poverty line. The Bureau of International Labor Affairs (ILAB) reported that 53.2% of children between the ages of 5 and 14 work in Egypt’s agricultural sector. Children provide a cheaper source of labor to help manage family-owned farms. Cairo Hospital’s Dr. Ahmed Fathy explained, “For poorer families, it’s not about whether a child is a gift from God, but rather [that] extra children are a method of income.”

Malnutrition plays a prominent role in child poverty in Egypt. The United Nations Children’s Emergency Fund (UNICEF) defines malnutrition as a lack of access to a healthy diet in poverty-stricken communities and a lack of nutritional knowledge that promotes healthy dietary habits and lifestyles. Children under the age of 5 suffer most from undernourishment at 35%. Foods high in sugar account for nearly one-third of an Egyptian infant’s diet. Meanwhile, roughly 50% of children under the age of 2 are not receiving vital nutrients such as iron through their diet.

The Egyptian government is hopeful that it will eliminate hazardous forms of child labor by 2025. Government officials enacted the National Plan of Action Against the Worst Forms of Child Labor and Supporting Families policy in 2017 to boost child labor laws and develop the educational system. The policy also delegates specific government agencies to enforce existing child labor laws.

Egyptian children living in poverty endure numerous hardships that affect their quality of life, such as lack of education, child labor and malnutrition. These barriers leave them unprepared to successfully transition to adulthood. The Egyptian government is taking steps to eliminate child poverty by passing laws and implementing programs that prioritize children’s issues. Hopefully, one day, child poverty in Egypt will no longer exist.