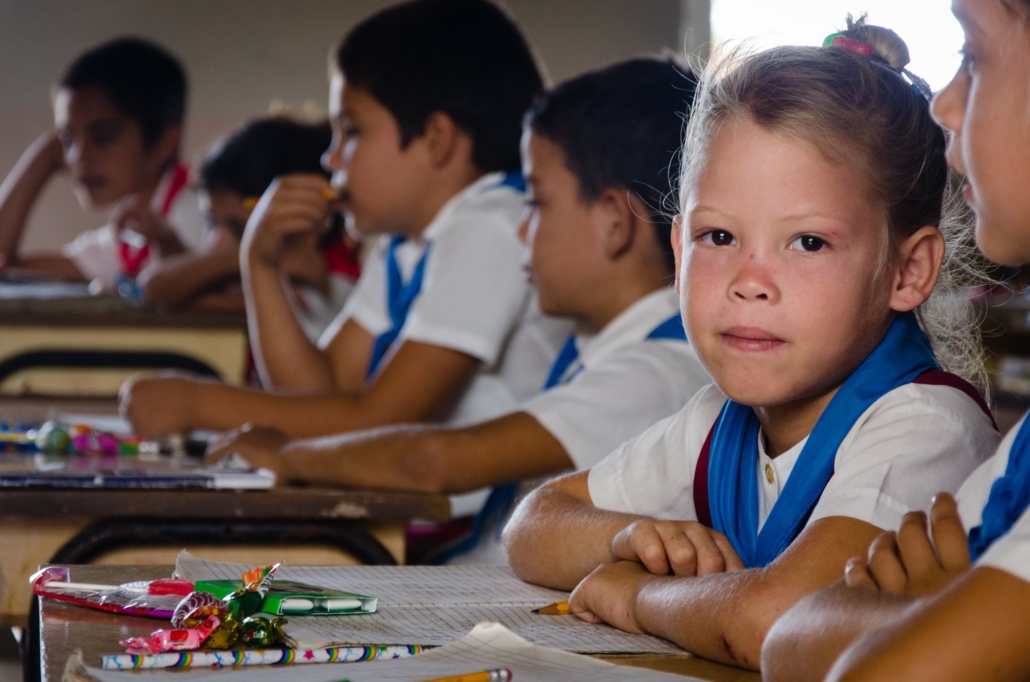 Cuba is home to an impressive school system that aids the fight against child poverty. This developed as a result of the communist government which made a point of increasing literacy rates and education overall. Despite these efforts, child poverty in Cuba continues to affect the youngest inhabitants of the island.

During the “Special Period” after the fall of the Soviet Union, Cuba experienced widespread food insecurity and a lack of essential materials such as gas for transportation and medicine. Cubans refer to this time period between 1991 and 2000 as the “Special Period” because of the abrupt decline in food security. The situation began to improve when, in 2000, Venezuela began aiding the island. Today, the effects of the “Special Period” continue to affect child poverty in Cuba.

The Health of Children in Cuba

Examining the health of children can be helpful in indicating how severe child poverty is in a country. According to the UNICEF country profile for Cuba, in 2019, 5.1 children per 1,000 live births under the age of 5 died. In comparison to the lowest rates in the world in countries like Iceland and Norway, Cuba has substantial room for improvement. It is important to note that since the year 2000, the under-5 child mortality rate has dropped from 8.769 children per 1,000 live births to the 2019 rate.

The World Health Organization (WHO) has cited the most common causes of under-5 child mortality as infectious diseases, birth anomalies and complications. Notably, infectious diseases are often treatable and preventable. In Cuba, infant mortality is falling but perinatal disorders cause 80% of deaths.

In Cuba, the Global Nutrition Report found that only 17% of children aged 0 months to 59 months received hydration treatment when they had diarrhea. This is concerning considering that WHO cites diarrhea as a leading cause of under-5 child mortality. In 2014, the World Bank reported that 60.9% of children who had diarrhea in the two weeks preceding the survey received treatment. This implies that more than one-third of children who have diarrhea do not receive treatment in Cuba.

Additionally, low birth weights are rising slightly in occurrence in Cuba. A graph in the Global Nutrition Report depicts the trend. Between 2000 and 2010, the prevalence of children with low birth rates dropped. In 2010, 5.2% of children were born underweight and in 2015, reports stated that 5.3% were underweight. This change is small but may signify poor nutrition for expectant mothers, affecting the size of their children upon birth.

Education, another measure of the severity of child poverty, provides promising numbers for Cuba. Mass education of the public is a main focus of the Cuban government as a result of its campaign against the U.S. and has been since the 1959 Cuban Revolution. The reported numbers show that this focus has paid off in terms of mass education, though.

Poverty can significantly affect education. A study reported that poverty can affect how ready a child is for school and whether they can succeed academically. Cuban children are generally doing well in schools. UNESCO reported a decrease in illiteracy (the report determined that only 1,933 people aged 15-24 were illiterate in 2012). These rates are a reflection of the education system when those people were learning literacy.

Despite this effective system, one can see child poverty in Cuba through education as well. UNICEF reported that only 48% of children under the age of 5-years-old have more than three age-appropriate books in their household.

Foreign charities are working in Cuba to help meet impoverished children’s needs. Specifically, the organization Inspire Cuba worked on a project called Shoes That Grow, which provided shoes to children in Havana, Cuba. These shoes are adjustable so that a child can use them for up to five years. Meanwhile, the MDG Achievement Fund has been working with the Cuban government to fight anemia in Cuba. The program the MDG Achievement Fund implemented is called the Joint Programme, which has been attempting to increase Cuban people’s access to food filled with micronutrients. Finally, while no in-depth descriptions exist of what social programs the Cuban government enacted to fight food insecurity, organizations such as the World Food Programme (WFP) have cited that social programs largely eradicated hunger and poverty on the island, including the poverty and hunger of children.

As previous reports have noted, Cuba has made advancements in the education and health of its children (decreasing under-5 mortality rate and high literacy rates), overall reducing child poverty in Cuba. It is important to note that while child poverty in the country has improved, holes still exist in the system, such as a lack of diarrhea treatment for sick children and limited educational materials. However, through continued efforts, child poverty in Cuba should become even less prevalent.