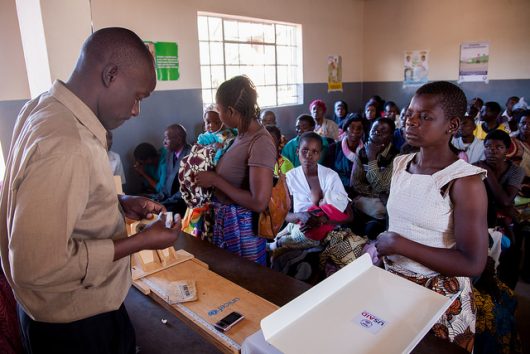 According to the U.K. Business Insider, Malawi was ranked one of the poorest countries in the world in 2017. Malawi is located between Zambia and Tanzania in Africa and approximately 74 percent of its population lives in poverty. This level of poverty has a great impact on the healthcare in Malawi. There are less than 300 registered doctors and 7,000 nurses in the entire country.

The number one cause of death in Malawi is HIV/AIDS, while neonatal disorders rank number four and nutritional deficiencies rank number eight. The healthcare in Malawi suffers greatly from the lack of provided funding which causes a lack of supplies. Also, there is a considerable lack of training for healthcare professionals, a factor that results in an infant mortality rate of approximately 90 deaths for every 1,000 births.

The healthcare in Malawi, or lack thereof, has a major impact on nutritional status. It is estimated that 50 percent of malnutrition is directly related to HIV infection. Only 19 percent of children between the ages of six months and 23 months of age receive a proper diet in Malawi. This lack of nutrition causes extreme anemia, vitamin A deficiencies and other micronutrient deficiencies. These deficiencies cause stunting of the child’s growth which has negative impacts on their overall development. Only one out of every three children receive proper healthcare in Malawi to treat malnutrition.

Fortunately, there are programs that are trying to improve the overall healthcare in Malawi. The Center for Disease Control (CDC) has been working with the healthcare system in Malawi since 2011. The CDC has provided scholarships for nurse-midwives and other professionals for training. The U.S. government has also partnered with the Malawi Ministry of Health (MOH) to incorporate training programs for healthcare professionals, improve surveillance systems, improve laboratories and implement prevention programs.

The World Food Programme (WFP) has acknowledged that half of Malawi’s children are stunted from malnutrition and that 23 percent of child deaths are associated with malnutrition. The WFP was organized to raise awareness all over the world for these children of Malawi. Also, in 2011, the Republic of Malawi launched SUN (Scaling Up Nutrition) which raises money for MOH to send to the local facilities. SUN is largely funded by the USAID and Irish Aid. The USAID has also funded the Food and Nutrition Technical Assistance III (FANTA III). This program provides nutrition assessment, counseling, support and HIV treatment programs.