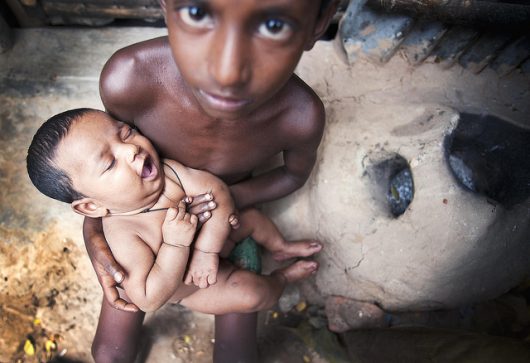 India has successfully reduced child mortality rates by 62 percent since 1990, according to a recent study published in the medical journal The Lancet. These results indicate that India has a high probability of meeting Sustainable Development Goal 3.2, aimed at decreasing global child mortality rates.

These statistics are an accomplishment for India. In the 1990s, child mortality rates in India were the highest in the world. Significant malnutrition in the country exacerbated the problem, as many expectant mothers did not have access to proper nutrition. Similarly, nearly half of all the under-five deaths resulted from malnutrition. Other common causes include prematurity, pneumonia, diarrhea, sepsis, malaria and complications during delivery.

Beginning in 1997, the Indian government implemented several initiatives to address this crisis. One important project is the National Health Mission. The organization emphasizes improved health facilities and quality healthcare providers. It also has installed National Rehabilitation Centers and the Universal Immunisation Programme to combat malnutrition and life-threatening diseases in children.

One problematic aspect of Indian child mortality rates currently is the disparity in rates between the poorest and richest communities. Currently, in India, children from the poorest regions are three times more likely to die before age five than those from high-income communities.

One reason for this difference is that many international programs focus on children in more privileged areas. However, the organization Save the Children is working to improve healthcare and raise awareness to combat high child mortality rates in the most remote parts of India.

All of these organizations and initiatives have succeeded in reducing Indian child mortality rates. The Lancet study concluded that if India maintains its current trajectory of under-five mortality rate decline, it will be able to achieve the Sustainable Development Goals 3.2 standard by 2030.

Once a country stricken by devastatingly high child mortality rates, now, India has drastically improved conditions, saving millions of lives. With Indians child mortality rates so much lower, there is hope that the country can make significant health advances in other important areas as well.