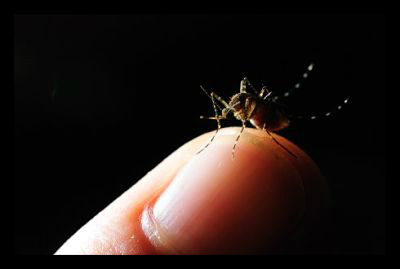 North Carolina’s first case of the Chickungunya virus was confirmed on June 12. Seven days later Georgia confirmed its first case. Two days after that Tennessee confirmed its second. With over 30 cases already confirmed in Florida, this mosquito-borne virus is quickly spreading.

Until 2007, Chickungunya was only found in Africa, Asia and the Indian subcontinent. Then it appeared in Italy and slowly made its way throughout Europe. In December of this past year the first case of Chickungunya was reported in the Caribbean. Now, barely six months later, the Pan American Health Organization has confirmed 5,000 cases of the virus and suspects another 160,000 cases in the region.

There is currently no vaccine for the virus or treatment for the symptoms. Those symptoms include fever, rash, nausea, chronic joint pain, swelling and headache. They usually first appear within three to seven days after infection with most symptoms abating after about a week’s time. However, the joint pain often lasts for months.

There are now 20 afflicted states and islands in the Caribbean, with Cuba being the most recent. The Center for Disease Control has reported approximately 60 total cases in the continental United States thus far. All such cases have included patients who have made recent trips to the Caribbean. The virus has been linked to the Aedes aegypti and Aedes albopictus mosquitoes, both of which are fairly common in the U.S. The CDC has recommended that people who are traveling to the Caribbean use bug spray and dress in long sleeves and pants to avoid being bitten by either kind.

Despite rising concerns about possible contraction of the Chickungunya virus, trips to the Caribbean remain popular among American tourists. With cruise season currently in full swing, the number of cases in the U.S. is sure to rise.

U.S. Response to Anti-Homosexuality in UgandaPure Water for the World
Scroll to top