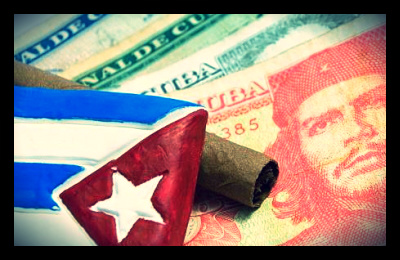 For decades, Cuba kept itself off the radar and rarely allowed access to the United States. However, Raul Castro, brother to the infamous Fidel Castro and current leader of Cuba, has recently allowed small changes to make an impact on Cuba.

After years of economic isolation and little internal growth, Castro faces a difficult job in making up for lost time. Small programs like the Cuban Emprende make a world of difference as community leaders learn how to grow their small businesses into larger, more modern companies, leading the way for Cuban economic growth.

The distribution of wealth in Cuba is skewed, with the poor representing a large portion of the population. The average Cuban worker earns around $20 a month, and little has changed in the past 50 years. Cuba has now opened the doors to looking into private investments, a monumental step in the direction of globalization.

In the past, Cuba was mostly affiliated with Latin and South America. By allowing other countries, such as the U.S., into the Cuban system, the people of Cuba are looking at a brighter economic future.

However, members of U.S. Congress seem tentative about whether this Cuban economic growth and reform are benefiting the labor rights as well as human rights of the population. Raul Castro has yet to make clear how the people are being affected by this change in internal government, so outsiders are weary of possible retribution. It is unclear as to how the U.S. will react to these changes and opening up foreign investment. Since the revolution of Cuba in the 1960s, the U.S. has not been allied with Cuba.

Raul Castro has recently implemented programs teaching Cubans how to successfully operate small businesses and create meaningful business relationships. Programs such as this offer the lower class an opportunity to support themselves in the realm of business and become potential business partners as foreign investors start to peer into Cuba’s economy.

Cuba is still in the early stages of change as its people adjust to the government’s new approach, but current conditions are looking promising as people find their new niches in a budding economy.