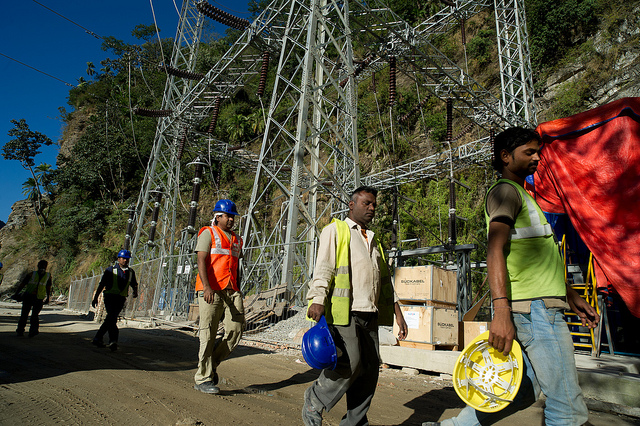 By 2020, it is anticipated that the price of wind and solar energy will be equal to or even less than the cost of fossil fuels.

This cheap clean energy would have obvious environmental benefits, but it is also significant because it provides poor communities in developing countries, more specifically in Asia and Africa, with the opportunity to connect to the power grid, in some cases for the first time.

A large amount of Africa’s population continues to remain without electricity. According to a World Bank article published last year, 500 million people in African countries do not have any electricity, which is down from the 600 million that Reuters reported in 2016.

Of that 600 million, Reuters found 10 percent utilized sustainable means to get their electricity. While the progress has been slow, the continuing decrease in the cost of clean energy means that the United Nations Sustainable Development Goal of universal access to electricity by 2030 will be more obtainable.

As cheap clean energy becomes more competitive with fossil fuels, businesses and other countries have invested in developing infrastructure in African countries so that they can utilize sustainable energy.

One recent example of this assistance occurred last August when France gave Kenya $36 million in order to construct 23 mini-grid systems for wind and solar energy. Due to this action, businesses and homes in these poor communities will be able to utilize electricity to spur development in multiple ways as the price of renewable energy continues to fall.

In 2017, the renewable energy sector provided 9.8 million jobs around the world, with jobs in solar energy being the largest employer, according to a report by the International Renewable Energy Agency; this number demonstrated an increase from the previous year. Furthermore, the Director-General of IRENA, Adnan Z. Amin, predicts that by 2030, the renewable energy sector could employ around 24 million people.

Having electricity at home gives families the opportunity to use technology they previously would not have had access to. For example, families in Mali could charge their phones at home, and use other devices such as radio and television.

Another positive impact that people may not often consider is that access to electricity makes it easier for people to stay up later, and as a result get more work done. This is particularly beneficial in the case of students, who can have more time to finish their homework using light from electricity.

As described in one article by The World Bank, it was generally reported that teachers in Mali noticed their students improve in classes after they gained access to electricity through solar power.

Cheap clean energy makes it easier for businesses to stay open longer, and work more efficiently. For example, small restaurants can use electricity to power freezers and refrigerators and therefore remain open longer hours. More specifically, after Mali installed a solar energy plant in one region of the country, women were able to use the electricity to create a processing unit for their local produce.

Overall, the introduction of solar grids and other cheap clean energy is promising for the continuing development of African countries. By far, solar energy continues to be the cheapest form of clean energy. A 2017 report from IRENA found the cost of electricity from solar power fell almost 70 percent between the years 2010 and 2016.

As technology continues to advance and the prices of clean energy continue to fall, electricity can finally reach these poorer communities and make a difference in the lives of the people who inhabit them.

Efforts Towards Sustainable Agriculture in West Bank and GazaPresident Michelle Bachelet: A Champion for Women’s Rights in Chile
Scroll to top