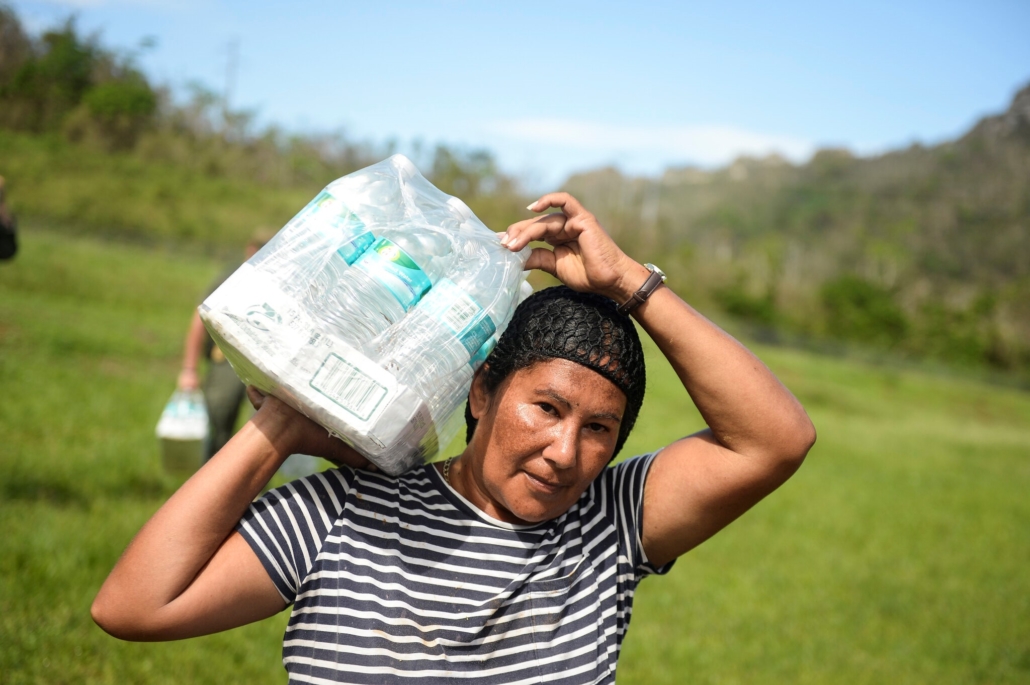 After the hurricane season in 2004, Science Magazine published a paper about the increasing intensity of hurricanes over the years. The number of category four and five hurricanes have increased by 80 percent in the past 30 years. The paper titled, Changes in Tropical Cyclone Number, Duration, and Intensity in a Warming Environment, links the rise in storms to increasing sea surface temperatures. The authors, led by the National Center of Atmospheric Research, concluded that “global data indicate a 30-year trend toward more frequent and intense hurricanes.” In recent years, the world has seen the serious aftermath of these chaotic hurricanes. Luckily, there have been numerous charities providing aid during disastrous hurricanes.

In 2017, two hurricanes made their way into the headlines: Hurricane Irma and Hurricane Maria. Hurricane Irma, classified as a category five hurricane, devastated a string of small Caribbean islands. Irma’s eye touched Barbuda, destroying 95 percent of the buildings on the island. The hurricane hit southwest Florida on September 10. When it left the following Tuesday, Irma had flooded major cities including Jacksonville, Florida and Charleston, South Carolina. It left millions without power. Thankfully, several charities came to provide support.

One of the charities during the disastrous hurricane was ICNA Relief. Its disaster relief team was one of the first responders after Hurricane Irma made landfall. Its mission was to assist the people by cleaning out the homes that fierce winds damaged. A couple of days later, it assisted the flooded homes. Another charity was Project C.U.R.E and for every dollar peopled donated, it provided $20 worth of life-saving medical supplies and equipment. A week and a half later, Hurricane Maria struck the Caribbean before it could complete reparations and restoration for Hurrican Irma.

Hurricane Maria, the Hispanic Federation and the International Relief Team

After making landfall on the Caribbean island of Dominica, Hurricane Maria landed on the U.S. territory, Puerto Rico. With strong, damaging winds, Maria pummeled through infrastructure and left Puerto Rico without electricity for months. To this day, Puerto Rico has not fully recovered after the disastrous hurricane. It has been the second-costliest hurricane in the history of the United States, just after Hurricane Katrina. Since it made landfall, relief efforts have continued to deliver much needed short and long term support to the people of Puerto Rico.

One of the biggest charities to provide assistance for Hurricane Maria was the Hispanic Federation, which managed to transport emergency first responders and 7.4 million pounds of food and essentials during the devastating months after the hurricane. Another charity worth mentioning is the International Relief Team. It provided more than 2,000 large, heavy-duty tarps to provide shelter and protect families from the blazing sun and frequent rainfalls, which is further proof of charities providing aid during disastrous hurricanes. A year later, charities became necessary as Hurricane Michael blew away infrastructure.

In October 2018, Hurricane Michael, classified as a category five, made landfall in the Florida Panhandle. It was the first significantly damaging hurricane in the area. One of the hardest-hit locations was from Mexico Beach to Indian Pass where people observed nine to 14 feet of peak storm surge inundation. On Cape San Blas, the storm surge cut through a peninsula, creating two inlets. The hurricane heavily damaged or completely destroyed numerous homes close to the coast as the water slammed against the structures. Amid the chaos, different charities came up to share the burden.

Charities Aiding in the Aftermath

The Samaritan’s Purse deployed more than 300 volunteers to the area where it cleared downed trees and debris whilst tarping roofs. Because of the damage in infrastructure, a lot of health clinics and shelters suffered. Americares delivered 61 shipments of medicine, medical supplies, hygiene supplies and other relief items to local health facilities in relief efforts.

Charities providing aid during disastrous hurricanes have made a significant impact. They have provided people with support physically and emotionally after these traumatic events. With Hurricane Dorian recently threatening the East Coast and the Bahamas, one has to be thankful for those volunteers that have managed to help those people in need as these strong hurricanes become more frequent.