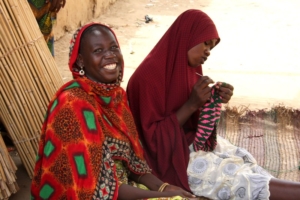 On June 1, 2022, Chad declared a food emergency due to a dwindling supply of grain. A decrease in exports from Ukraine, as a result of their war with Russia, has caused food prices in Chad to skyrocket. Amid Chad’s food shortage, the country has asked the international community to provide aid as it is estimated that about one-third of the population of Chad will require humanitarian assistance this year.

While drought has ravaged Chad and surrounding countries for the past couple of years and undoubtedly plays a role, it is not the most significant factor causing Chad’s food shortage. Many factors have contributed to the severity of food insecurity in Chad.

In 2021, Chad experienced its second straight year of recession, with the country’s GDP dropping by 1.2% over the course of the year. Rising food prices, due to a combination of gradual inflation and rapid inflation sparked by Russia’s invasion of Ukraine, have placed the final nail in the coffin. Internationally, according to the United Nations Food and Agriculture Organization, global wheat prices have increased for the fourth month in a row, rising 5.6% in May 2022 alone. Rising prices combined with dropping income place the people of Chad in a difficult situation. The U.N. ranks Chad as the third most impoverished nation in the world in 2022, a status that the current food emergency does not ease.

Solutions and the Way Forward

Chad’s food shortage has prompted the country to request urgent aid from the international community. While at the moment it is unclear which countries will answer the call, one organization that is already helping is the World Food Programme (WFP).

The humanitarian organization aims to provide assistance to approximately 3 million people facing food insecurity in Chad in 2022. About 42% of the population of Chad falls below the poverty line, but the WFP plans to help in a few ways. The organization provides displaced people within Chad with cash-based transfers to purchase food. The WFP also works with the Ministry of Health to support government-backed nutrition programs, reaching “458,000 children and 235,400 pregnant and nursing women with specialized nutritious foods” in 2021.

Another measure the organization is taking is working to provide children within Chad with school lunches. These provided meals not only help with food insecurity but also encourage school enrollment in a country with low rates of education. These school meals reached 200,000 children in 2021.

Chad’s call to action came just days before a meeting between Vladimir Putin, the president of Russia, and Macky Sall, the head of the African Union. On June 3, 2021, Sall met with Putin to discuss “freeing up stocks of cereals and fertilizers, the blockage of which particularly affects African countries.” The discussion did not spark any immediate change but there is cause for optimism as Putin said “We strive to develop humanitarian ties with African countries and will do everything in our power to make this process gain momentum.”

Whatever the outcome, Chad will need the support of numerous countries and organizations across the globe.