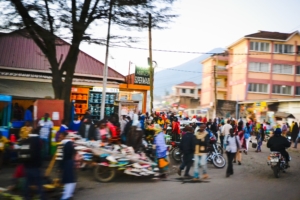 Ghana is a country with a complex history and a rich culture. Located on the west coast of Africa, it carries the distinction of being the first sub-Saharan country to achieve the milestone of halving their extreme poverty rates by the year 2015, the number one mission of the Millennium Development Goals plan proposed by the U.N. It has consistently been moving up the poverty index list as well, currently sitting at 133 out of 181 on the World’s Richest and Poorest Countries list in 2019.

Why Change is Needed

With the clear and strong strides that Ghana is making towards achieving economic stability, the country is developing innovative ways in which to continue the positive progression of change. One of their first and foremost goals is to achieve an accurate nationwide census by 2020. Census technology in Ghana has up to this point been nonexistent with data collection previously done through written surveys by hand. Hosting a quickly growing population of over 30 million people, the process has been tedious and error marked, leaving out up to three percent of the country’s citizens during every effort attempted.

It is impossible to assess a country’s population and effectively distribute help without knowing exactly how many people are in need of aid. Recognizing the true necessity of new census technology in Ghana, the country’s government has allocated a budget of $84 million towards the project and begun investing in brand new technology that will gather data about the population.

How It Will Help

The new census technology in Ghana primarily involves the use of tablets and satellite imagery to accurately survey residents. The information collected will provide a more accurate assessment of population demographics, a vital tool in poverty aid and assistance. In addition to information on age, gender and income status, the data will be used to assess general access to basic needs such as water, housing and educational resources.

This data-based development strategy will not only give Ghana more resources to fight extreme poverty but to hopefully tackle economic inequality as well. Accurate household financial data allows for government tax programs and welfare opportunities to be put into place, benefiting the country’s poor. Ghana’s Vice President Mahamudu Bawumia asserts the importance of balancing the population’s economic status overall, “We must count everyone, and make everyone accountable to pay their fair share in taxes that would be used to target assistance to those who may not have had access to critical social services previously.”

Census Technology and The Future

Census data and technology is slowly becoming a more prevalent tool in the fight against poverty. The U.N. Population Fund considers census data and population statistics to be a major resource, calling it “critical” in the development of remote countries. With access to a country’s statistical data, aid of all kinds can be more efficiently and effectively distributed. Census data is not only the wave of the future but a true testament to the good that can come from technology. Census technology in Ghana is one of the tech pioneers, finding a new and innovative way to fight—and hopefully end—the war on global poverty.