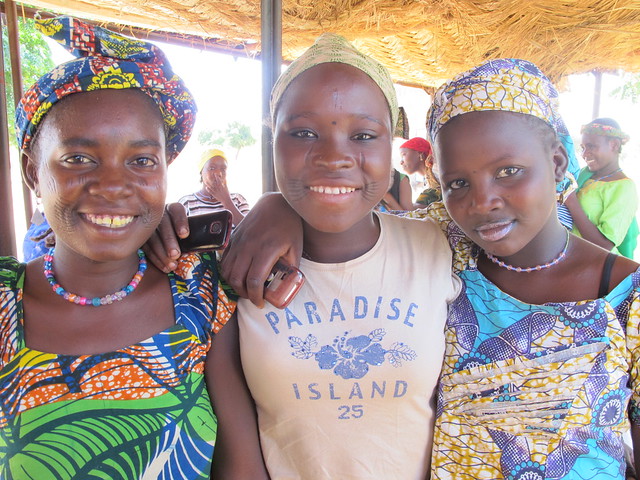 It is fair to say that cell phones have officially infiltrated Africa’s countries and completely transformed people’s methods of banking and agriculture. The increase of ease for both of these professions have factored into poverty reduction and the betterment of African lives. When it comes to banking, having access to cell phones in Africa is both useful and productive.

Cellular devices can easily be used to keep track of funds, to store funds in a safe location and to transfer funds. In 2007, Safaricom–Kenya’s largest mobile operator–and Vodafone developed a money transferring service called M-PESA. By 2012, M-PESA obtained 15 million Kenyan users–more than a third of the population. This newfound access to portable technology has also been extremely helpful in pulling people out of poverty-stricken situations.

For example, many users transfer their funds to individuals who are still trapped in severely impoverished rural areas. M-PESA provides a safer way to send someone money, so it cannot be stolen easily. The individuals who use M-PESA to store their funds also benefit. Their funds can be easily managed, which has caused an increasing amount of families to adopt this technology.

“One study found that in rural Kenyan households that adopted M-PESA, incomes increased by 5-30 percent,” according to The Economist. This proves that mobile phones help people climb the financial ladder to live better lives. There are also many African startup companies who have used M-PESA as a platform to initially pave their way in the business world.

As previously stated, mobile phones have changed Africans’ way of agriculture as well. Farmers, the largest employers in Africa, now rely on their mobile phones for critical informational tips. “By serving as platforms for sharing weather information, market prices, and micro-insurance schemes, mobile phones are allowing Africa’s farmers to make better decisions, translating into higher-earning potentials,” according to CNN.

Farmers can figure out distant crop prices faster than ever before and effectively track the gestation of their cows. Therefore, the use of cell phones in Africa has allowed farmers to drastically improve their agricultural methods, which makes it easier to sustain their livelihood. The Borgen Project advocates for the world’s poor and knows how essential it is for developing countries to be able to sustain themselves. The use of cell phones in Africa have only helped in that regard, and it looks as if the technology is here to stay.

Due to the technologically advanced world surrounding Africa, most Africans can enjoy the today’s “tech” nuances and pass over the dying technology of the past (such as landlines). In the year 2002, around one-in-10 Africans owned a mobile phone. In 2006, “There were 50 million new mobile subscribers… and in 2007 the total number of mobile subscriptions reached an estimated 200 million.” On average, that adds up to 20-plus active mobile phones for every 100 people.

The decline in cost and simplistic nature of mobile technology are the reasons why so many Africans have chosen to use portable tech. A report by the UNCTAD stated, “A decline in the cost of information and communication technology (ICT) has extended its use by the poor, who capitalize especially on information obtained by telephone to support livelihoods in agriculture and various small businesses.”

It is incredible to see how the proliferation of cell phones in Africa have so positively impacted the continent in such a short amount of time.