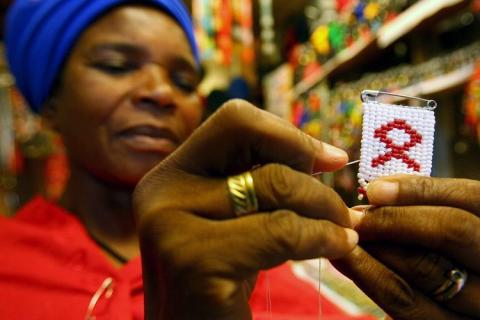 As 63 percent of Swazis continue to live below the national poverty line, it is clear that there is an urgent call for change. While the causes of poverty in Swaziland are many, gender inequality serves as one of the primary factors — an issue that needs to be addressed in order to aid in poverty reduction efforts throughout the nation.

Among the many causes of poverty in Swaziland, a lack of effective health care is one of the largest concerns. The nation holds the highest rate of HIV prevalence in the world, with 28.8 percent of the adult population living with this life-threatening disease.

As the key driving factors of Swaziland’s HIV epidemic include low and inconsistent condom use, transactional sex, gender inequalities and gender based violence, it is clear that the cycle of poverty supported by this disease disproportionately affects women.

With 120,000 of the 220,000 people living with HIV in Swaziland being women, studies reveal that 31 percent of all women within the country live with HIV, while only 20 percent of men are affected.

Many driving factors contribute to women’s increased risk of contracting HIV, including a lack of access to proper reproductive education and health care. While 14 percent of women between the ages of 15 and 24 have been involved in intergenerational sex with older men, their adolescent age and lack of reproductive education cause them to be at more of a risk to the spread of the disease, often without their knowledge.

According to AVERT, one in three women in Swaziland also report experiencing some form of sexual abuse by the time they were 18. These and other significant gender disparities have ranked Swaziland 137 out of 159 countries in the Gender Inequality Index.

The inequalities women face in Swaziland not only leave them in a more vulnerable position to disease but also serve as the major causes of poverty in Swaziland. As women are the primary caretakers and providers for children worldwide, those disadvantages that women face create a ripple effect of a detriment for the next generation as well.

For every 100,000 live births in Swaziland, 389 women die from pregnancy-related causes, leaving 24 percent of children aged zero to 17 as orphans and 45 percent as either orphans or vulnerable.

These high maternal mortality rates reveal the reality that women’s disproportionate access to health care in Swaziland serves as one of the direct causes of poverty in Swaziland, as it not only affects the mother but also leaves almost half of Swaziland’s adolescent population at an increased risk for poverty.

Through analyzing the direct effects of gender inequality on the next generation’s vulnerability to the cycle of poverty, it is clear that a greater focus needs to be placed on addressing gender disparities within the nation — especially those of female’s access to education and reproductive health care — so as to encourage a significant drop in the poverty rates in Swaziland.

How to Help People in Mexico: Four Influential OrganizationsThe Interesting Truth Behind Chile’s Level of Poverty
Scroll to top