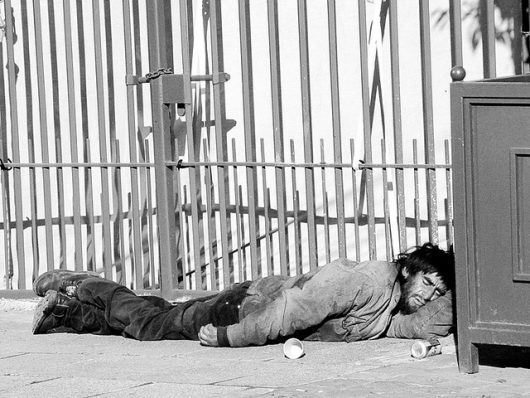 Clearly, Chile’s level of poverty has fluctuated, especially seeing as how Chile was once considered to be one of the richest countries in Latin America. During this time, the country achieved the title of the first South American member of the OECD, a club mostly consisting of prosperous countries.

Poverty in Chile is often overlooked due to the lack of social equality, according to human rights expert Professor Philip Alton. While Chile’s anti-poverty programs are abundant, the middle class seems to be their primary focus, and those who are less fortunate are overlooked.

Alton calls attention to Chile’s tendency to participate in the exclusion of particular groups of people, contributing to its issue of poverty. According to Alton, “Efforts to eliminate extreme poverty in Chile cannot succeed without a concerted focus on the situation of indigenous peoples.” As with many other countries, the solution to ending poverty in Chile relies partly on spreading awareness of marginalization and privilege, as well as giving the lower class more attention and tools for success and not merely focusing on the middle class.

To put these solutions into action, the General Law of Ministries – now known as the Ministry of Finance, which formed in 1927 – has developed plans based on the roots of Chile’s level of poverty. The Ministry of Finance’s goal is to focus on long-term economic growth, rather than simply tending to the “right now.” Its mission is to create a stable economy that benefits all citizens of Chile, but especially those who are most likely to struggle with money.

The economic policy section of the Ministry of Finance is responsible for the awareness of problems within Chile’s economic system, as well as providing solutions to these issues. This helps them to prepare the national budget and contributes to bettering the community socially.

With the implementation of these kinds of plans as well as spreading awareness of poverty-causing issues, there is much hope for the poorest citizens of Chile. A better economy in Chile’s near future is looking to be promising, which will surely have positive effects on the poverty rate as well.

A Global Example: The Ever-Decreasing Poverty Rate In Belgium A Look at the Poverty Rate in South Korea
Scroll to top