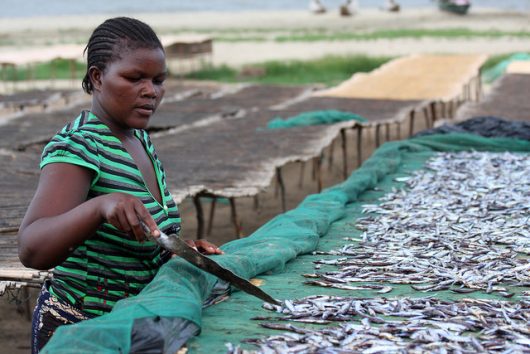 Malawi has a population of 15 million people, and 74 percent live below the income poverty line of $1.90 per day. Causes of poverty in Malawi include problems with the agricultural sector and diseases. Both of these complicated issues prolong impoverishment for many communities in Malawi.

Weather-related complications often shock rural communities, plunging them deeper into poverty. Droughts are the root of the largest harm in the agricultural sector. When a drought occurs, there is a significant fall in crop production and sometimes crop failure occurs. Lower crop outputs are common in subsequent farming seasons after a drought.

Farmers have harvests that are not large enough to sustain their communities. This causes food shortages, generating larger numbers of malnourished people. More than one-third of rural households earn their income through either farming or fishing, so when there is a drought, income is scarce because food production is scarce. The agricultural sector’s problems are among the serious causes of poverty in Malawi. These problems affect the food security of Malawi’s citizens and the overall economy.

Diseases are a vast problem for the citizens of Malawi. When a family member gets sick, other members often have to sell belongings, withdraw school payments and cut back on daily food consumption. Approximately 11.9 percent of Malawians are affected by HIV/AIDS. Many families of those infected are no longer able to pursue a productive lifestyle and escape from poverty. To make medical payments, the patient’s family often has to sacrifice their education, nutrition and personal belongings. Disease causes substantial impoverishment.

Causes of poverty in Malawi, such as agricultural struggles and diseases, are severely complex issues, but there are programs being developed to help. The government of Malawi developed a National Nutrition Policy aimed at coordinating food security programming. USAID training increases the productivity of farmers and their incomes, leading to long-term agricultural development. The diseases are still a cause for concern, but USAID is helping by increasing access to high-quality healthcare. There are certainly issues, but there are ways to fix those issues, and that is what needs to be focused on.

Different Approaches to Measuring Poverty Why Is Benin Poor?
Scroll to top