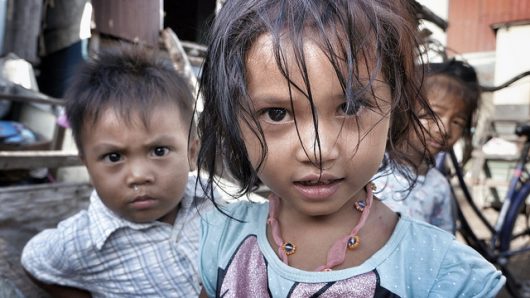 While the word “poverty” is for many a familiar term that invokes strong imagery, the exact definition remains elusive. Today, no consensus exists on the guidelines for measuring poverty around the world. However, measuring poverty is of utmost importance to those on the forefront of global development — primarily governments or international organizations like the World Bank — and essential to tracking the progress of aid programs. As a result, there are several varying methods used to quantify poverty around the world.

The typical method for getting a headcount of impoverished people within a single nation is using a calculated number called an absolute threshold. Typically referred to as a ‘poverty line’, this threshold indicates that those whose incomes fail to meet a certain standard are poor. The standard varies with country, taking into account economic factors like inflation.

Absolute thresholds were historically used by the World Bank and most governments around the world as a means of taking a “poverty census”.

However, critics like Mark Greenberg, senior fellow of the American Progress organization, call the absolute threshold method “essentially arbitrary.” Many point out that an absolute threshold is limited as a headcount evaluation because it fails to take into account factors outside of income that may still be related to poverty.

The absolute measurement’s counterpart is that of relative poverty. This approach focuses on quality of life as the determining factor for a poverty headcount. According to UNESCO, evaluating poverty this way takes into account income as well as two additional perspectives: basic needs and empowerment.

The level of access to each need is evaluated using clearly defined standards, such as body mass index for measuring access to food, or distance from a clean water source. The state of living with two or more ‘severe deprivations’ (substandard measurements) is termed ‘absolute poverty’.

The final aspect of relative poverty — the empowerment perspective — views poverty as limiting social and political rights. Therefore, groups that experience high levels of discrimination or are denied basic rights, such as that of political participation, are also considered impoverished.

While methods of measuring poverty certainly vary, the general consensus is that living on less than $1.90 per day is extreme poverty.

Though it is by no means an easy task and there is ample room for improving methodology, measuring poverty is essential to understanding and approaching this complex, global issue.