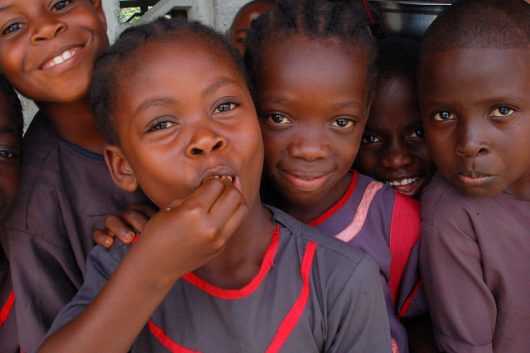 Several reasons are behind the causes of poverty in Liberia. The country has dealt with a 14-year civil war, and even after slightly recovering, it is still in a vulnerable state.

What are the causes of poverty in Liberia? The main reasons are corruption and government conflict. Corruption in the government is the major epidemic, infiltrating many of the other sectors of society. According to Transparency International, low public sector salaries and a lack of decent training create the incentive for corruption.

Another of the causes of poverty in Liberia is that during the wars, more than 200,000 people lost their lives. Many Liberian children were forced to fight in these wars, and have had few opportunities to adjust back to a normal civilian life. This then results in them turning to crime and a life of poverty.

An estimated 64 percent of Liberians live below the poverty line and 1.3 million live in extreme poverty, out of a population of 4.6 million, according to World Food Programme. The country depends on imports, which does not help with its agricultural markets already being integrated poorly. There is inadequate rural road infrastructures, limited smallholder participation in value chains and restrained institutional capacity of farmers’ organizations. Food security is also affecting 41 percent of the population, making chronic malnutrition high.

Liberia, however, is beginning to benefit from the work of some organizations like Mercycorps, which is bringing aid to those in poverty. It is providing water, food and teaching locals how to provide for themselves in a developing economy. It is also helping to fix Liberia’s market gaps as well as helping its economy recover. Additionally, there are organizations helping children find better lives after being soldiers.

Liberia is slowly on track to overcome poverty but ultimately needs more help. With financial assistance from other countries including the U.S and stopping the corruption, Liberia can emerge from poverty.