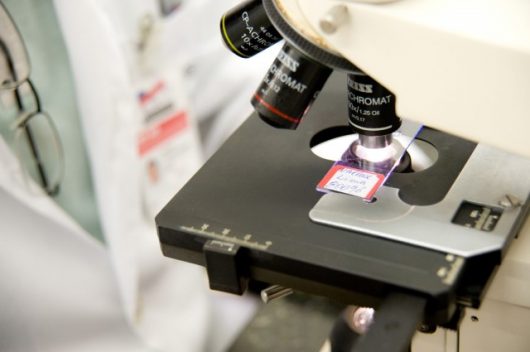 Despite its relatively low prevalence in the U.S., AIDS continues to be a seemingly uncontrollable global epidemic. But nowhere else on earth suffers as much from this tragic disease as Sub-Saharan Africa, where 69 percent of all those infected reside. Although poor sanitation, lack of preventative treatments and education are doubtlessly responsible, the inaccessibility of healthcare technologies also substantially inhibit AIDS prevention in Africa.

Many people in developing countries lack access to even the most basic of healthcare technologies. Access to these innovations are hindered by a variety of complex obstacles. Sometimes the treatments exist, although it is often impossible for the average person to afford them. Other times, however, the healthcare infrastructures are so poor that they are unable to support the life-saving technologies that wealthier countries can enjoy. The festering epidemic has caused the U.S. to make AIDS prevention in Africa a priority for U.S. foreign policy. This led to the creation of the President’s Emergency Plan for AIDS Relief (PEPFAR).

Since its inception in 2003, PEPFAR has received strong bipartisan support for its leadership in the containment of the HIV/AIDS crisis. It currently provides 11.5 million patients with antiretroviral treatment. This number is up from the mere 50,000 individuals receiving treatment before PEPFAR was established.

These numbers confirm the success of the program’s strategy. Through a new partnership with the financial leader Mastercard, however, PEPFAR plans on elevating its approach to AIDS prevention. The private-public partnership will introduce digital technologies and data analytics to improve access prevention and treatment plans. Research conducted by PEPFAR shows that the greatest cost in HIV/AIDS treatment is in treatment delivery rather than the cost of drugs. Through its partnership with Mastercard, the organization hopes to improve efficiency of its efforts.

Mastercard has a history of developing digital solutions for impoverished regions through its Foundation Fund for Rural Prosperity (FRP). Since its formation in 2015, FRP has financed 19 projects across Sub-Saharan Africa that widen the economic inclusion of poor people living in rural areas. This unique charitable expertise makes Mastercard the perfect partner for PEPFAR in the endeavor to promote AIDS prevention in Africa.

Bringing healthcare technology to rural, impoverished communities may be the single most powerful step toward combating deadly diseases. Healthcare in developing countries is impeded by many obstacles such as a lack of formal training, research tools and funding. As a result, medical technology is only as useful as those implementing it are resourceful. With the partnership of two global leaders in health and innovation, PEPFAR and Mastercard promise to bring AIDS containment to regions that are suffering most.