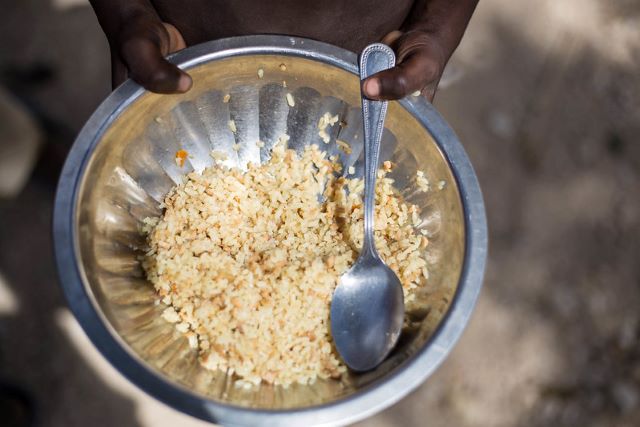 The COVID-19 pandemic is deemed a global health crisis that has resulted in an economic crisis and a hunger crisis too. In the Dominican Republic, Cabarete Sostenible seeks to address the root cause of hunger.

Unemployment Due to COVID-19

Cabarete, Dominican Republic, prides itself on being one of the watersports capitals of the world. Nearly two-thirds of Cabarete’s population depends on the local tourism industry for work and income. These jobs mostly fall under the informal economy.

Before the COVID-19 pandemic, more than 60% of the world’s working population were employed in the informal economy. The informal economy is defined by hourly jobs that offer neither a salary nor employee benefits. The pandemic left many people without a regular source of income and without health insurance.

Cabarete Sostenible Addresses the Root Cause of Hunger

Capellán Pichardo told The Borgen Project that individual NGOs in Cabarete were working independently of each other when the COVID-19 pandemic began. These separate organizations had a common goal so they came together to form a coalition and increase their impact. This coalition became the nonprofit organization, Cabarete Sostenible. Everyone who works with Cabarete Sostenible is a volunteer. The organization works with local food distributors and organic farms and distributes the foodstuff that it receives to struggling families and individuals in Cabarete. This forms the organization’s first response to the hunger crisis.

The Concept of Food Sovereignty

Food insecurity means being without reliable access to sufficient and nutritious supplies of food at any given time and is a common reality for citizens of Cabarete. On the other hand, food sovereignty, organizing society in such a manner that every individual has access to producing his or her own food, is a possible solution to food insecurity. “Food sovereignty is tied to land access,” Capellán Pichardo says. “For us, it is important that the first mission that Cabarete Sostenible focuses on is food sovereignty: access to healthy and appropriate food and using the native agricultural land to provide that.”

Since COVID-19, many factors have contributed to a rise in food insecurity and extreme poverty worldwide. Mass rates of unemployment have threatened access to food as even the poorest households spend close to three-fourths of their income on food.

Widespread unemployment, combined with unexpected drops in agricultural production, has created an unprecedented crisis. Because of supply line disruptions and trade barriers, often the result of increased health precautions, citizens of the world’s poorest nations are left without access to food. Some of the suffering caused by such disruptions can be mitigated by food sovereignty policies. Perhaps, a societal approach may be modeled after Cabarete Sostenible’s efforts to address the root causes of hunger.

Capellán Pichardo is optimistic about the road ahead as she details how the organization has worked with local landowners to collaborate on solutions. The organization has opened the first community garden and is working to partner up to create a community-style farm. All this is work toward creating a social business model. Cabarete Sostenible seeks to address the root cause of hunger by helping to create a sustainable way of living, where food shortages are less likely and future hunger crises are averted.